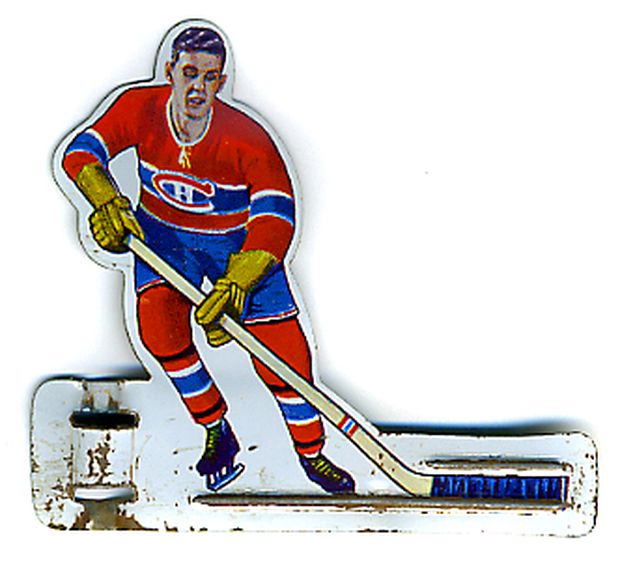 In 1954, Ben Stein, owner of the Eagle Toy Company, approached the Canadiens about getting a licence to use their uniforms on his table hockey game. The Canadiens agreed, and Stein poured through the popular Beehive Corn Syrup Photos of Montreal players to determine which one would be the likeness for his metal Montreal men. He didn’t want anyone famous, so he chose forward Dick Gamble.

The following year, Stein signed a similar agreement with the Leafs, but instead of picking a Toronto player, he just used Gamble’s likeness for his Leafs men, changing the hair color from black to brown. 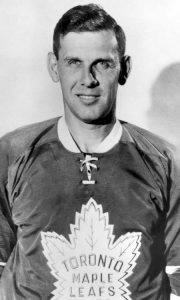 Curiously, Gamble would briefly play for the Leafs for real in the mid-1960s.

It’s safe to say that Gamble’s table-hockey dopplegangers ensure that he’s scored more goals as a Leaf and a Canadien than any other player.