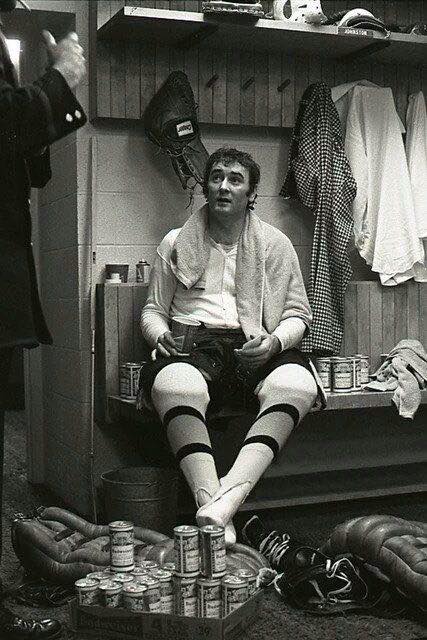 Goaltender Ed Johnston won two Stanley Cups with the Boston Bruins in 1969-70 and 1971-72. He was part of the team that beat the St. Louis Blues in 1970 and posted a pair of wins and a 2.00 goals-against average in the 1972 Cup final series against the New York Rangers.

EJ was a professional athlete who evidently was years ahead of the curve when it came to understanding the value of hydration to athletic prowess. Just look at that level of liquid refreshment he’s surrounded himself with. A renaissance man to be sure, one to be respected by all.