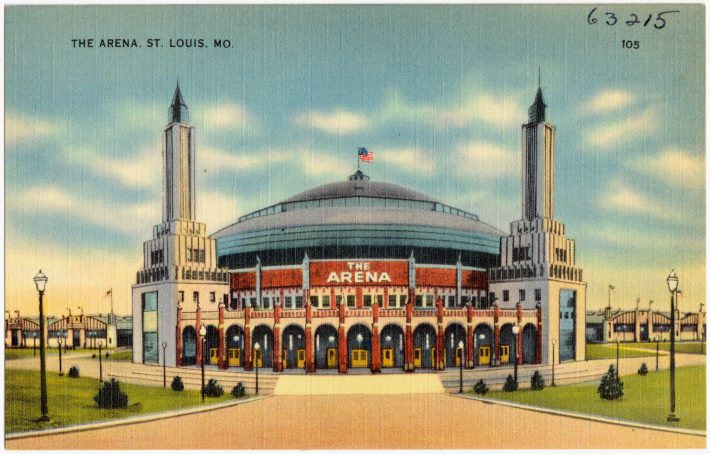 When it comes to the Stanley Cup final, fishing seven pucks out of your net on one night is never recipe for success, whether it’s short-term or long-term success that you’re pursuing.

Playing their first home Stanley Cup final game on Saturday since May 5, 1970, the St. Louis Blues were hammered 7-2 by the Boston Bruins. The Blues are now 0-7 all-time at home in Stanley Cup final play and have been outscored 29-8.

Expect to see Bobby Orr’s 1970 Cup winning OT goal a lot. But another moment from Bruins/Blues Final I’ll never forget was Jacques Plante being hit in the head and knocked unconscious by a puck shot by F. Stanfield and deflected by P. Esposito. Plante’s mask likely saved his life pic.twitter.com/1iI9EJ0HkT

You have to go all the way back to the 1980 final series between the New York Islanders and Philadelphia Flyers to find a team that gave up at least seven in one game and still won the Cup. The Isles lost Game 2 8-3 at Philly but rallied to win the series in six games.

To find a team that overcame such a setback on home ice to win the Cup, you need to take the wayback machine and emerge in the spring of 1973. In Game 5 of the final, a tilt that featured two Hall of Fame netminders in Chicago’s Tony Esposito and Montreal’s Ken Dryden, the Blackhawks outscored the Canadiens 8-7 at the Montreal Forum. But Montreal rebounded to win Game 6 and take the Cup.

Overall, NHL teams giving up seven goals in a Stanley Cup final game are 4-17-2 in terms of going on to win the Cup, so history is not on the side of the Blues.

Stanley Cup champions in bold. *No winner. Series was canceled due to Spanish infleuenza outbreak.