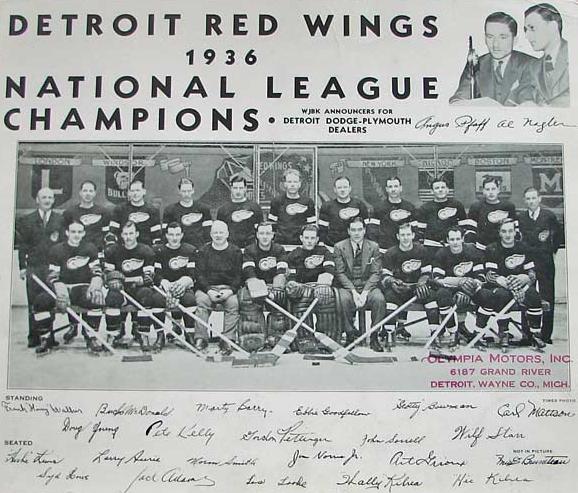 Should the Boston Bruins defeat the St. Louis Blues in the Stanley Cup final, the city will simultaneously house the champions of the NHL, NFL and MLB. The Boston Red Sox beat the Los Angeles Dodgers in the 2018 World Series and the New England Patriots downed the Los Angeles Rams in Super Bowl LIII.

That hasn’t happened since 1935-36 and it was Detroit that was the city of champions back then. The Tigers beat the Chicago Cubs 4-2 in the 1935 World Series. The Detroit Lions defeated the New York Giants 26-7 in the 1935 NFL Championship Game.

And in the spring of 1936, the Red Wings downed the Toronto Maple Leafs 3-1 in a best-of-five series to win the Stanley Cup.

In each case, the championship was the first in franchise history for these Detroit teams.