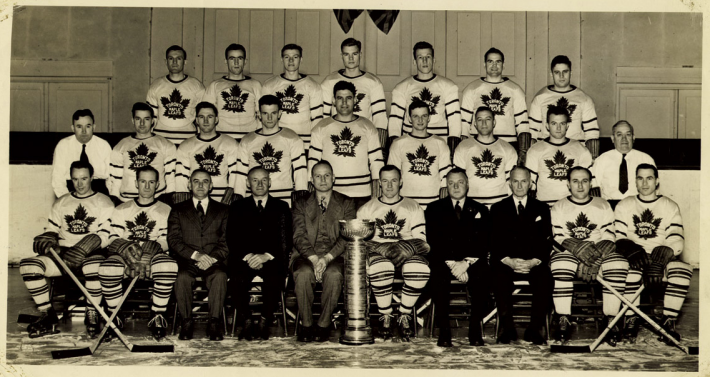 When the St. Louis Blues and Boston Bruins clash in Game 7 of the Stanley Cup final on Wednesday, it will mark the 17th time in Cup final history that the full seven games were required to determine a winner.

The Bruins are the sixth team to force a Game 7 after winning Game 6 facing elimination on the road. Four of the previous five in this scenario came all the way back from 3-2 down and won Game 7 on home ice – the 2004 Tampa Bay Lightning, the 2001 Colorado Avalanche, the 1964 Toronto Maple Leafs and the 1942 Leafs.

It’s the 1945 Leafs that the Blues will need to channel, though. That spring, Toronto raced to the 3-0 series lead against the Detroit Red Wings. Detroit won the next three games, including a 1-0 overtime win in Game 6 at Maple Leaf Gardens.

Heading to Olympia Stadium for Game 7, the Leafs squeaked out a 2-1 verdict over the hometown Wings and won the Cup.

Home teams own an overall edge of 12-4 in Game 7 of a Cup final series. But the away team has won the last two – Boston at Vancouver in 2011 and Pittsburgh at Detroit in 2009.

Mike Babcock is the only coach to twice lose Game 7 of a Stanley Cup final series – with the Anaheim Ducks in 2003 and the Wings in 2009.