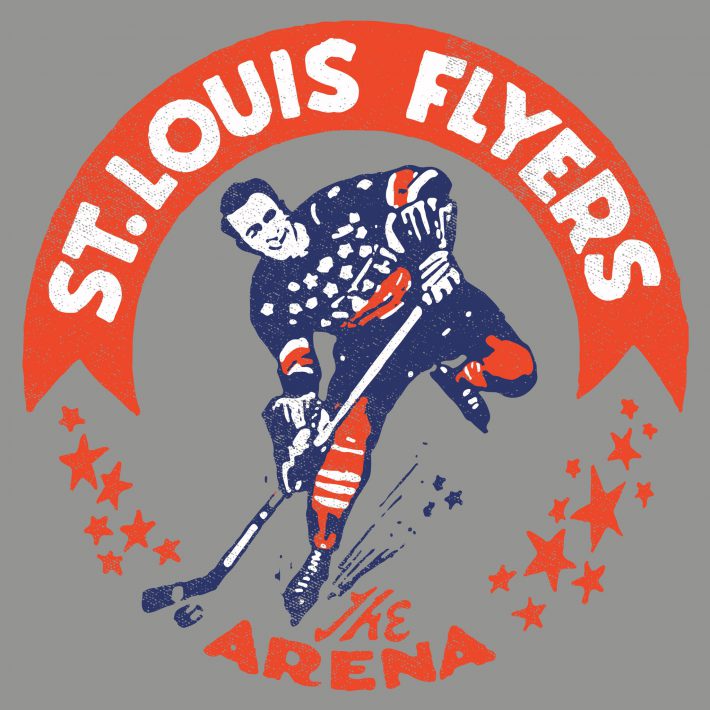 Winning a championship is the ultimate achievement of any player’s career. Winning back-to-back championships is a rare and treasured honor.

Imagine winning two professional hockey championships in the span of 18 days? Well, Pete Palangio didn’t have to imagine it. He actually did it.

A journeyman NHL forward who’d toiled with the Montreal Canadiens, Detroit Cougars and Chicago Blackhawks between 1926-38, Palangio might have figured his NHL days were done when the Blackhawks assigned him to the American Hockey Association’s St. Louis Flyers 19 games into the 1937-38 season.

With St. Louis, Palangio enjoyed a spectacular campaign, producing 12-12-24 numbers in just 16 games. He kept it up into the postseason. Palangio netted the series-clinching goal against the Tulsa Oilers in the AHA semifinals. That moved the Flyers into a rematch with the Minneapolis Millers, who’d beaten St. Louis for the title in 1936-37.

Did you know former NHL star Pete Palangio once worked as a chocolate dipper?! http://t.co/vzhFRjTxqy pic.twitter.com/OrLHZ8Nszh

St. Louis took Game 1 of the best-of-five series by a 2-1 count. Palangio tied the score at 1-1. After a 1-0 Flyers victory in Game 2, the set shifted to Minneapolis for the next three games but with St. Louis requiring just one win to secure the title.

The Flyers got it in quick fashion. On March 25, 1938, a scoreless Game 3 headed to overtime. Palangio picked up the puck in the neutral zone, weaved through the Minneapolis defense and smacked a shot past Millers goalie Alex Wood for the winner just 4:12 into the first extra session.

Thinking his hockey work was done, Palangio headed home to North Bay, Ont. But when a groin injury sidelined Chicago right-winger Mush March, the Blackhawks summoned Palangio to join them in Toronto for Game 2 of the Stanley Cup final.

Working as a spare left-winger/right-winger, Palangio figured in the last three games as Chicago upset the heavily-favored Maple Leafs in four games. A 4-1 victory on April 12, 1938 secured Lord Stanley’s mug for the Second City. 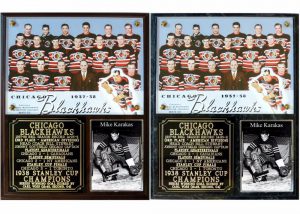 The Blackhawks, who’d gone 14-25-9 during the regular season, are often referred to as the worst team to every win the Cup.

“We just got on a roll at the right time,” Palangio said in a 2002 interview. “It was probably the biggest upset ever in sports.”

On this day in 1938, the @NHLBlackhawks defeated the Maple Leafs to win the #StanleyCup, the second in franchise history #Hockey365 #Blackhawks pic.twitter.com/duOz1dTDGt

It also earned Palangio a Stanley Cup inscription following what would be the final NHL game he’d ever play. And his second pro title in less than three weeks.