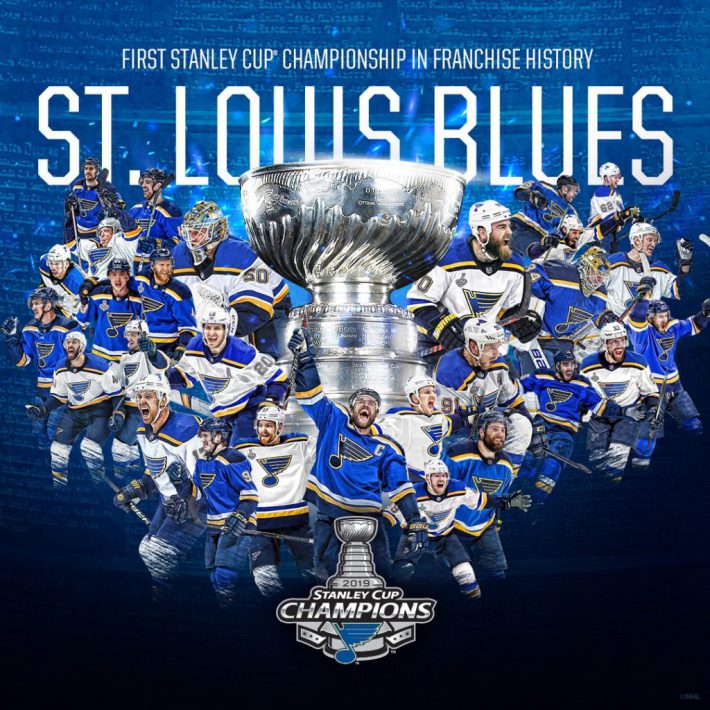 Are the St. Louis Blues a one-and-done Stanley Cup champion?

If so, they’ll be keeping in pattern with the recent trend when it comes to what first time winners of the Stanley Cup can do for an encore.

The Washington Capitals entered the 2018-19 playoffs as defending champions, and coming off a first-time Cup triumph in 2017-18. The Caps were eliminated in the opening round of postseason play by the Carolina Hurricanes.

The Blues are the 15th team since the 1967 NHL expansion to be a first-time Stanley Cup winner. Of the last five first-time champs, only one, the Los Angeles Kings, managed to win a playoff series the following spring.

The Kings advanced to the Western Conference final, as did the 1996-97 Colorado Avalanche. The 1999-2000 Dallas Stars reached the Stanley Cup final before succumbing.

You have to go all the way back to the 1991-92 Pittsburgh Penguins to find a team that successfully repeated the season following a first-time Cup triumph. But before that, it was commonplace.

The 1984-85 Edmonton Oilers, 1980-81 New York Islanders and 1974-75 Philadelphia Flyers all liked winning the Cup so much they did it again the following spring.

Following Up: What First-Time Stanley Cup Champions Do For An Encore*