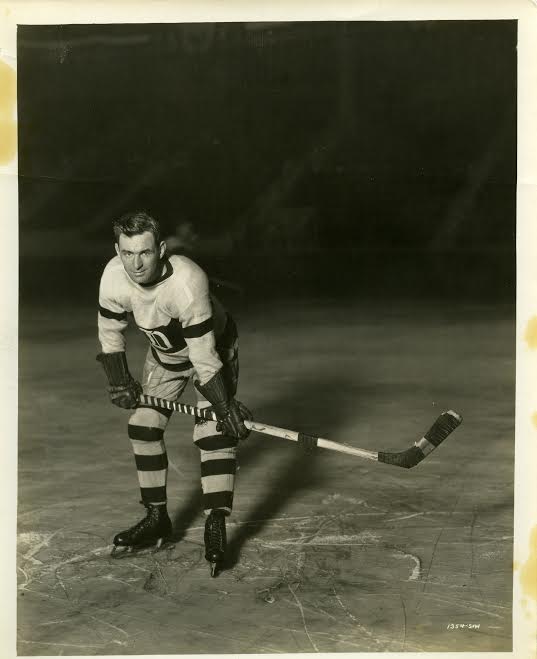 As he rose through the ranks of hockey, Stan Brown’s career choices came down to one where he fixed teeth and one where he was likely to loose his teeth.

He found a unique way to combine both of his passions.

From North Bay, Ontario, Brown opted to pursue a career as a dentist and was accepted by the Toronto School of Dentistry in 1918. The school also iced a fine hockey team and in 1916-17, the Toronto Dentals won the Allan Cup as senior hockey champions of Canada.

Brown didn’t win an Allan Cup in his two seasons with the Dentals but he did win a pair of Allan Cups elsewhere, with the University of Toronto  in 1920-21 and the Sault Ste. Marie Greyhounds in 1923-24.

A defenseman, Brown turned pro with the Detroit Greyhounds in the minor pro American Hockey Association in 1926-27 but that team lasted just six games before folding. He signed with the New York Rangers on December 23rd, 1926.

He made his NHL debut that night at Ottawa in a 1-0 loss to the Senators, subbing along the Rangers blueline. Brown registered his first NHL goal on January 6th, 1927 at Madison Square Garden and did so in spectacular fashion.

With two minutes remaining in regulation time of a scoreless tie with the Montreal Canadiens, Brown knifed through the Habs defense and slotted the puck past Canadiens goalie George Hainsworth for the only goal of the game.

Noting Brown’s other profession, the Associated Press offered a colorful descriptive of his initial NHL tally: “Brown secured the puck behind the blue line, drilled his way through the Canadien team, extracted George Hainsworth from the net, then slapped a rubber filling into it.”

The Rangers dealt Brown to the Detroit Cougars in 1927 and he became property of the minor-pro Windsor Bulldogs in 1928. He spent the remainder of his career in the city and established a dental practice in Windsor.

From 1933-35, he served in the unique role of player-coach-team dentist for the Bulldogs. Between periods of a game, he extracted the remainder of one of defenseman Andy Bellemer’s teeth after hit had been broken when struck by an errant puck.