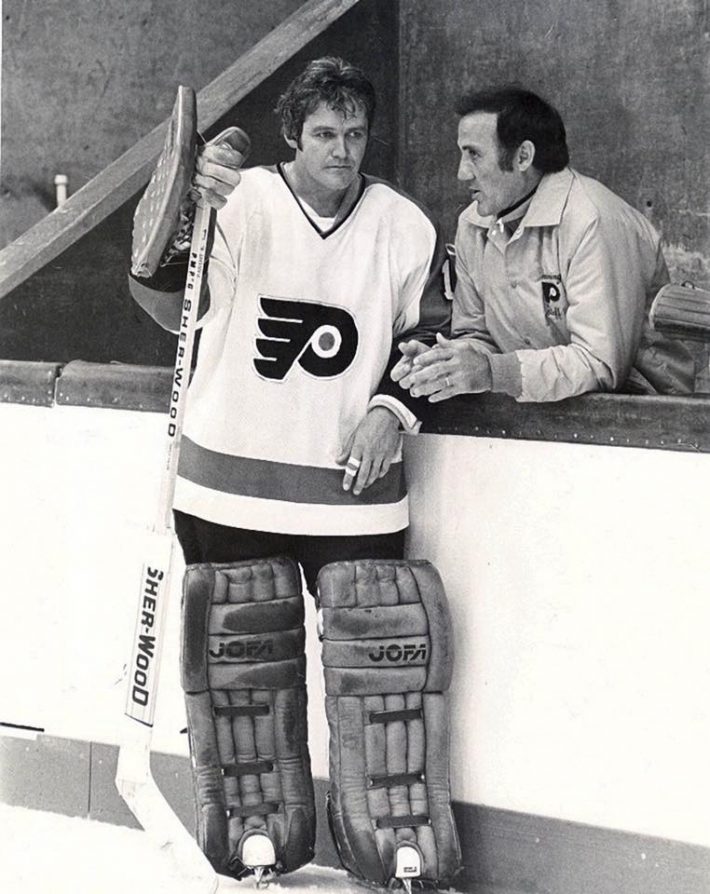 Philadelphia Flyers goaltender Bernie Parent is seen here chatting with his childhood hero, Hall of Fame puckstopped Jacques Plante. But they were more than hero and hero worshipper. From 1971-73, Parent and Plante were the goaltending tandem for the Toronto Maple Leafs.

In 1970-71, his first season with the Leafs, Plante led the NHL with a 1.88 goals-against average and was named to the NHL Second All-Star Team. Parent arrived from the Flyers in a trade that season and also played with Toronto in 1971-72 before jumping to the WHA’s Philadelphia Blazers.

He returned to the NHL a year later and the Leafs traded him back to Philly, where Parent led the Flyers to back-to-back Stanley Cups, winning two Vezinas and a pair of Conn Smythe Trophies. He joined Plante in the Hockey Hall of Fame after his career was cut short by an eye injury suffered in 1979.

From a team standpoint, the Leafs fared much better with their other two Hall of Fame goaltending tandems.