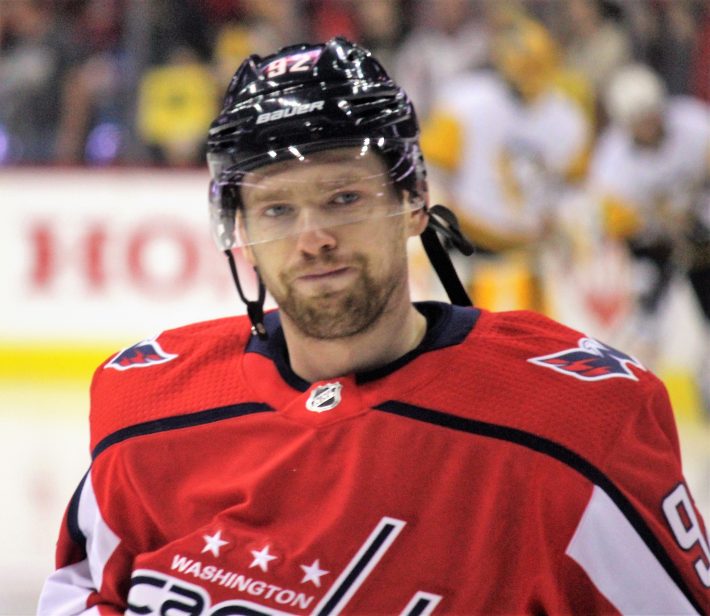 Washington Capitals center Evgeny Kuznetsov has been suspended for four years by the International Ice Hockey Federation. Kuznetsov tested positive for cocaine during a random drug test while playing for Russia at the 2019 World Champinship.

Russian forward Yevgeni Kuznetsov has received a 4-year suspension from the IIHF after testing positive for a banned substance at the 2019 IIHF Ice Hockey World Championship. https://t.co/qLpqHGKlbT

The positive test resulted from a sample taken on May 26, 2019, at the World Championship in Slovkakia. That was the day that Russia won the bronze medal game, defeating the Czech Republic 3-2. Kuznetsov’s suspension will run through June 12, 2023. That would mean he’d be ineligible for the 2022 Winter Olympics in China if the NHL opts to return after sitting out the 2018 Games in South Korea.

The Capitals center issued a statement after the suspension was issued. He’s insisted in the past that he’s never taken an illegal drug.

Kuznetsov statement via the Capitals regarding his four-year IIHF suspension: pic.twitter.com/UhnfJCGOEL

At issue is what step, if any, should the NHL take in this matter?

Technically, they don’t have to take one. IIHF suspensions don’t impact the NHL and vice-versa. Defenseman Slava Voynov returned to to play in Russia after he was suspended from the NHL following domestic abuse charges.

The NHL doesn’t classify cocaine as a performance-enhancing drug. Still, Kuznetsov will meet with NHL Commissioner Gary Bettman prior to the opening of training camp next month to discuss the matter.

“(W)e understand that Mr. Kuznetsov has voluntarily sought help through the education and counselling program provided for him in the NHL and NHLPA collective bargaining agreement and has agreed to a regular testing protocol relating to his involvement with that program,” NHL deputy commissioner Bill Daly said in a statement.

Is that enough? Or should the NHL take further disciplinary action against Kuznetsov?