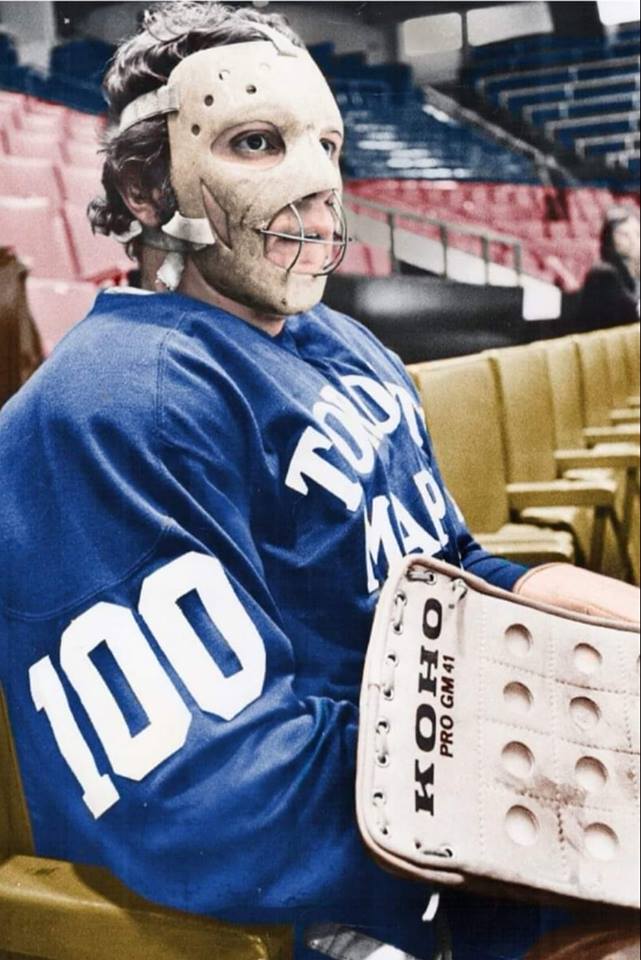 It’s difficult to determine which is more bizarre in this scenario. Is it the Hannibal Lecter-like mask that Finnish goalie Jorma Valtonen wore during a training-camp stint with the Toronto Maple Leafs in the fall of 1972, or is it the number on Valtonen’s practice jersey? 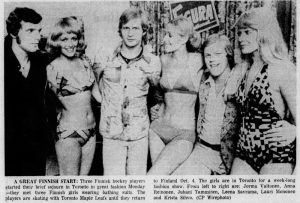 Valtonen had just played goal for the Finnish national team at the 1972 Winter Olympics and was named the IIHF Directorate Best Goalkeeper Award at the 1972 World Championship when he was invited to training camp with the Leafs. He was also the reigning Finnish player of the year.

While the 1980 USA Miracle On Ice is remembered for the 4-3 win over the Soviet Union, it was in fact the USA’s 4-2 win over Finland in their final game of the round-robin format that clinched the gold medal for the Americans. Valtonen was Finland’s goalie in that epic game.

He played pro from 1964-87, retiring at the age of 41. Valtonen later coached the Finnish national women’s team.

Sadly, he never played in an NHL game and was given the chance to one-up Wayne Gretzky in the numbers department.

In 2011, Valtonen was goalie coach for Lokomotiv Yaroslavl of the KHL but was not on board the tragic flight that crashed and wiped out the team.

On that day, you could say that Valtonen’s number wasn’t up.