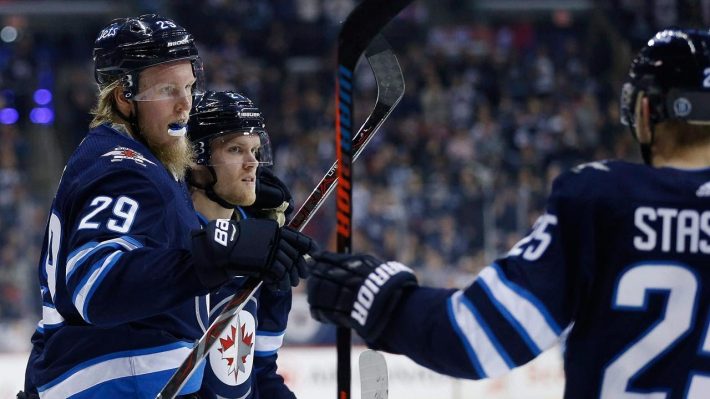 Mitch Marner signed with the Toronto Maple Leafs. The Vancouver Canucks got Brock Boeser’s name on the dotted line. Zach Werenski inked a new pact with the Columbus Blue Jackets.

Slowly but surely, the NHL’s top restricted free agents are being brought under contract. But with NHL preseason games underway, there’s still a number of prominent stars holding out for better deals.

Point’s agent Gerry Johannson told The Hockey News that no progress has been made in contract talks.

Published reports indicate Point has been offered $5.7 million per year on a three-year deal.

Ultimately, the two sides are expected to agree on some sort of bridge deal.

Mike Liut, agent for Rantanen and fellow RFA Patrik Laine of Winnipeg, indicated neither player is close to a deal. Liut paralleled Rantanen in ability to Marner, who got a six-year, $65-million deal from the Leafs.

Laine is skating with Swiss club SC Bern while awaiting resolution of his contract stalemate.

A 44-goal scorer in 2017-18, Laine has expressed his displeasure with skating on the second line in Winnipeg.

The 21-year-old forward is skating with junior club, the OHL London Knights, while awaiting a resolution to his contract gridlock with the Flames.

Tkachuk netted 34 goals and accumulted 77 points last season. The sides are reportedly far apart in terms of money. Last season, when Auston Matthews signed a five-year, $58.17 million deal, Tkachuk noted that it set the bar for the upcoming RFAs.

There’s been speculation that at least three teams may be considering presenting offer sheets to the consistent performer.