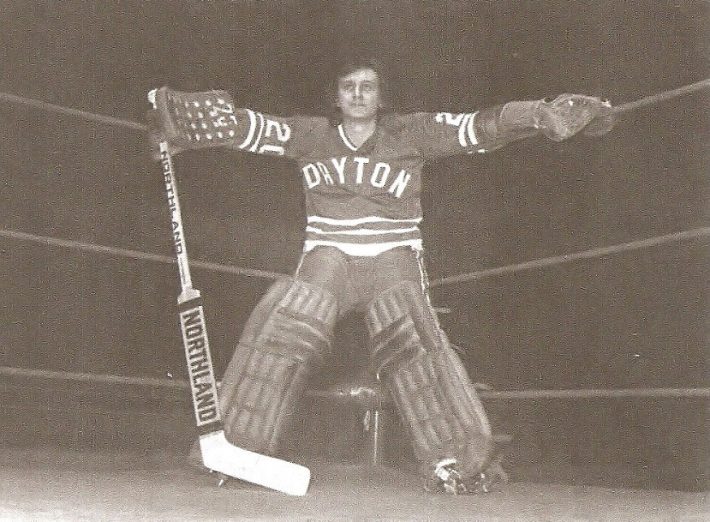 When cancer claimed the life of former Boston Bruins goalie Jim Pettie on August 31st, it took from hockey one of the sport’s toughest goaltenders.

Pettie compiled 592 penalty minutes in 387 career games. During the 1975-76 season with the International Hockey League’s Dayton Gems, Pettie was assessed 145 PIM in 51 games, finishing fifth on the team. He also led the league with five shutouts that season as Dayton won the Turner Cup title.

Known as Seaweed due to his long, stringy hair, Pettie suited up for 21 NHL games with the Boston Bruins from 1976-79, and not surprisingly, was a favorite of Bruins coach Don Cherry. Pettie collected 17 penalty minutes in those 21 games in the show, including a March 11, 1979 fight with New York Islanders tough guy Garry Howatt..

Perhaps Pettie’s greatest claim to fame was that he roomed with author George Plimpton and tutored the legendary star of first-person sports experiences in 1977 when Plimpton stood in the Bruins net for a five-minute stint during an exhibition game with the Philadelphia Flyers.

Seaweed’s best advice to Plimpton? Don’t let the puck hit you in the berries.