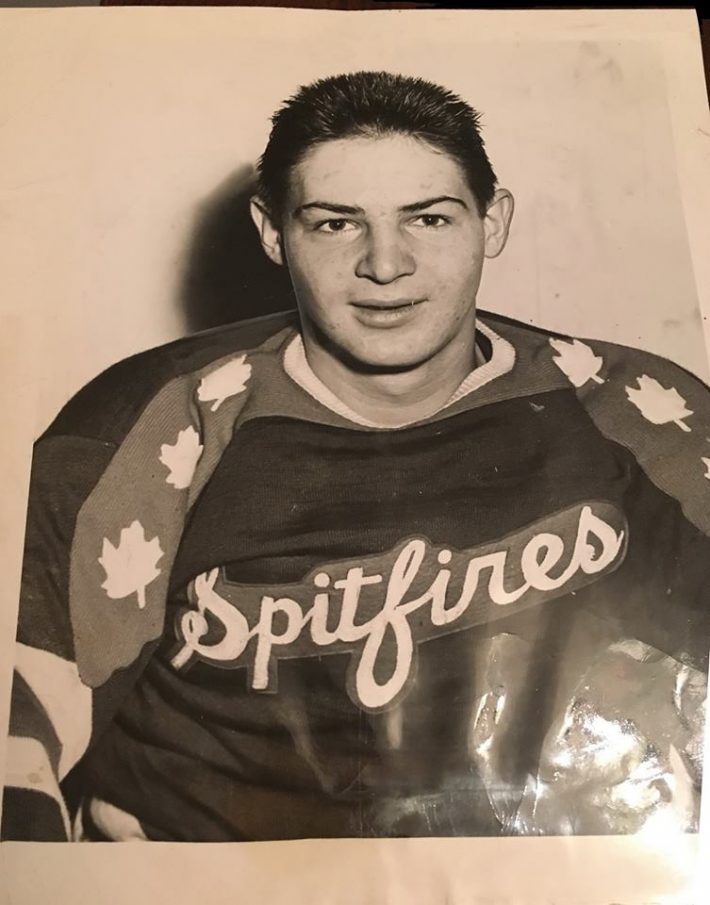 Terry Sawchuk finished his Hall of Fame career with at the time, more wins than any goaltender in NHL history. He was a four-time Stanley Cup winner and a four-time Vezina Trophy winner.

He was selected three times to the NHL First All-Star Team and to the Second Team on four occasions. Sawchuk participated in 11 NHL All-Star Games.

But before all that, Sawchuk was a Windsor Spitfire junior – for all of four games.

Sawchuk went 4-0 with a 2.75 goals-against average for the Spitfires of the OHA Junior A Series before he was turned pro to replace Harvey Jessiman in Omaha. He was also 3-0 with a 1.67 GAA for the IHL’s Windsor Hettche Spitfires.

“A few games into the season, (Detroit GM) Jack Adams calls me and says ‘I’ve got some bad news Jim, we’ve got to move Sawchuk to Omaha,'” then-Spitfires coach Jimmy Skinner recalled in a 1994 interview. “I wasn’t surprised, though, because I figured he should have been there in the first place.