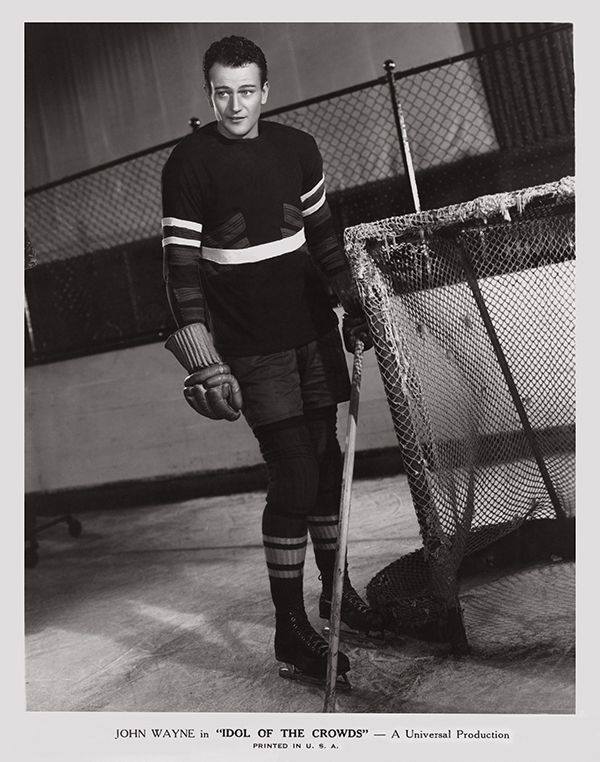 From Slap Shot to Goon to the Mighty Ducks trilogy, Hollywood and hockey have long been involved in a tumultuous relationship.

Back in the 1920s, 1930s and 1940s, when there was a thriving minor pro hockey league in Southern California, some former NHLers like Ossise Asmundson and Hec Highton fashioned a second career working in the film industry.

Often, they’d get work as extras in hockey-themed movies. Film’s like 1937’s Idol Of The Crowds, for instance.

A flick about a Maine chicken farmer who’s lured back to the ice to help a pro team, it stars none other than John Wayne, the Duke himself. 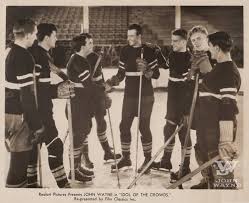 While Wayne would literally go on to become an idol of the Hollywood crowd, the film’s director also did well for himself. Artur Lubin was also director of The Phantom Of The Opera and several Abbott and Costello flicks, as well as the Don Knotts vehicle The Incredible Mr. Limpet. Lubin was also the mastermind behind Francis the talking mule and Mr. Ed.