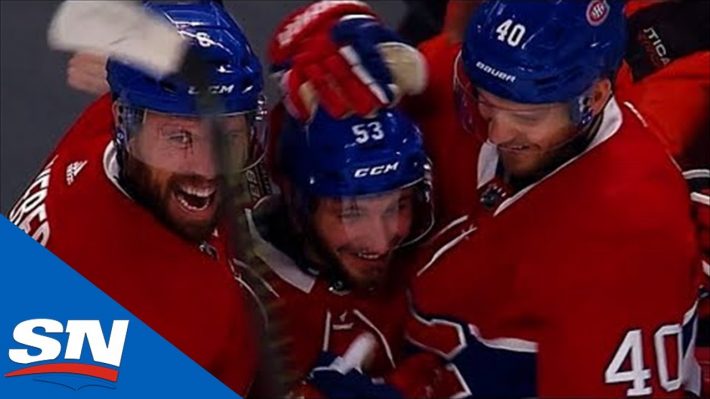 Victor Mete is off the snide.

It took him 127 games but Mete finally netted his first NHL goal, the game winner in Thursday’s 4-0 win over the Minnesota Wild, all of which got us here at HockeyDebates.com wondering about something unique, and yet forgettable.

Who are the NHL’s zero sum players?

We’re talking about the guys who skated in the most career games in the show without ever getting their name on a scoresheet by registering a goal.

So we looked it up, and here’s what we found.

Stephen Halko is the NHL’s Mr. Zero, and that’s not a good thing, because Halko wasn’t a goalie.

Today, Halko works in the field of wealth management but during his NHL career, it’s a good thing he didn’t invest in goal futures. An NCAA champion at Michigan in 1996, Halko played 155 games along the blueline for the Carolina Hurricanes and never scored a goal. He also managed to skate in four Stanley Cup games without tallying.

Smaby was a stay-at-home type who also didn’t mind dropping the mitts. He certainly didn’t have soft hands. Smaby played at least 32 games for the Tampa Bay Lightning in three successive seasons (2008-09 to 2010-11) without tallying. Today, he coaches Red Bull Salzburg of the Austrian League.

Next in line is current Anaheim Ducks coach Dallas Eakins. Eakins managed to play for nine different NHL teams in a combined total of 120 games and never light a red lamp.

Left wing Gordie Dwyer is the highest-ranking forward on the list. He didn’t manage a goal in 108 games with the Lightning, New York Rangers and Montreal Canadiens, but did accumulate 41 fighting majors.

When he retired in 1981, Kim Clackson’s 106 games stood as the NHL record for career goalless games. He relinquished that mark but still holds a share of the Stanley Cup for penalties in a game (eight). Tim Sestito never scored in 101 NHL games. However, his younger brother Tom managed to pot 10 goals in 154 NHL contests.

Even though he’s not on this list, Gord Strate deserves special mention. He played 62 games on the Detroit Red Wings’ defense from 1956-59 without collecting a point. That’s the most career NHL games by a player who never registered a point.

As well, it should be noted that 11 NHL goalies have scored more goals than the guys on this list. Martin Brodeur scored three goals, and Ron Hextall netted a pair.

Most NHL Games Played Without Scoring A Goal