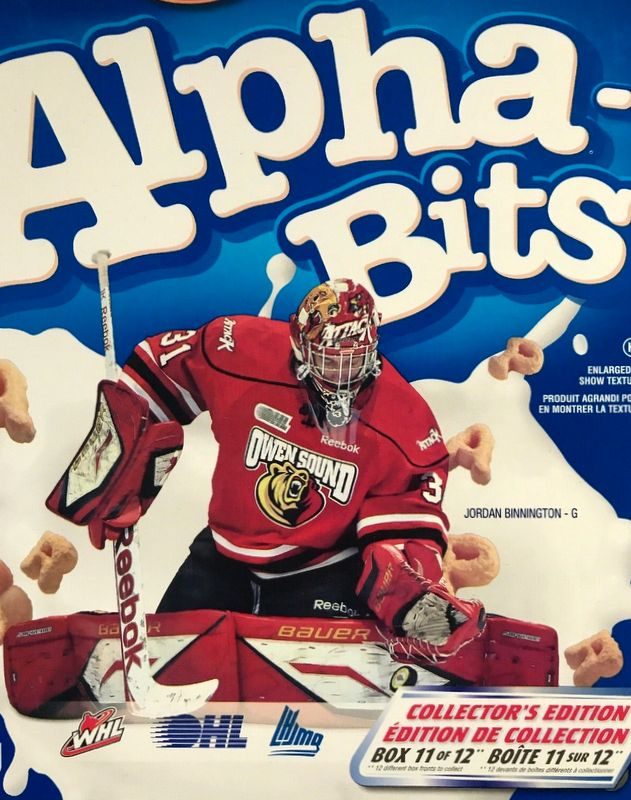 It’s billed as the Breakfast of Champions, after all.

But long before he was a Stanley Cup champion, St. Louis Blues goaltender Jordan Binnington was a cereal box legend.

Playing for the Ontario Hockey League’s Owen Sound Attack, Binnington was featured on a box of Alpha Bits.

Wonder if he used the letters in his cereal bowl to spell out Stanley Cup while enjoying a well-balanced breakfast?