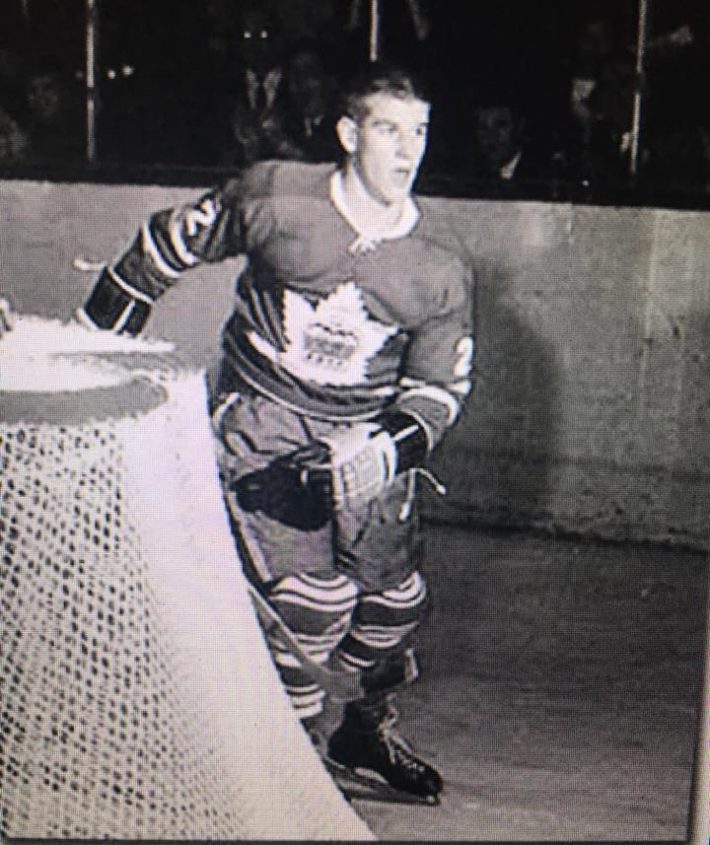 It was late during the 1959-60 NHL season when the letter arrived at Maple Leaf Gardens, postmarked Parry Sound, Ontario,

Written by Parry Sound resident Anthony Gilchrist, it strongly advised Toronto Maple Leafs coach-GM Punch Imlach to get to Parry Sound and check out a 12-year-old sensation from that town. Gilchrist even provided a schedule of upcoming Parry Sound games to help him plan the trip.

In a return letter dated April 7, 1960, Bob Davidson, a former Leafs captain and at the time Toronto’s chief scout, threw cold water on the notion that some pre-teen could be of interest to the mighty Maple Leafs. 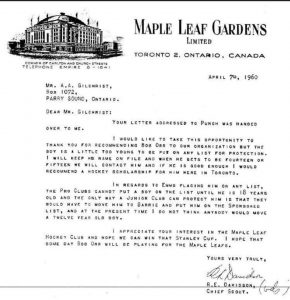 “The boy is a little too young to be put on any list for protection,” Davidson wrote. “I will keep his name on file and when he gets to be fourteen or fifteen we will contact him, and if he is good enough, I would recommend a hockey scholarship for him here in Toronto.”

Davidson then concluded his letter to Gilchrist with a sentence that would Leafs fans for decades to come.

“I hope that someday Bob Orr will be playing for the Maple Leafs,” he wrote.

Yeah, him and everyone who’s ever bled blue and white still wish that had happened.

The Boston Bruins scooped up and Orr and added him to their protected list while he was playing bantam hockey in 1962.

Two Stanley Cups, three Hart Trophies, eight Norris Trophies, a Calder Trophy and eight NHL First All-Star Team selections later in a Hall of Fame career the remains unprecedented for a defenseman, Leafs fans can only rue the day that their team turned their back on the man who some insist was the greatest to ever play the game.

The Leafs got a chance to see what they’d missed out on when Orr suited up for the Toronto Marlboros in an international exhibition game against the national team of the Soviet Union on Dec. 14, 1965 at Maple Leaf Gardens. 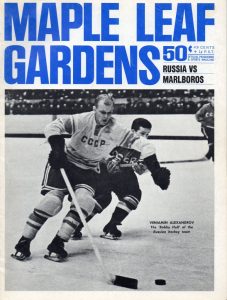 “I’m sure if the Leafs had come up to Parry Sound and convinced my parents that I should play for them, I would have gone to play for one of their teams,” Orr told the authors.

Howie Morenz's first contract with the Montreal Canadiens, signed in 1923, was $3.5K/3yr with a $1K signing bonus.

Since signing that contract, he leads all NHL players in points by a 17% margin. pic.twitter.com/iuqFPwkCAt

It wasn’t the first time that Toronto fumbled the ball and let a hockey legend escape from right under their noses in their own backyard. In 1923, the Toronto St. Patricks, as the franchise was known in those days, fell asleep at the switch while the Montreal Canadiens scooped up future Hall of Famer  center Howie Morenz.