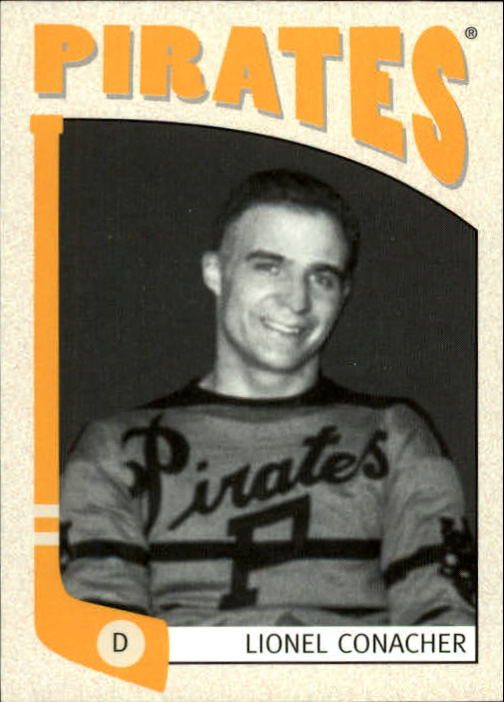 The 107th Grey Cup is slated for Saturday at Calgary’s McMahon Stadium pitting the Hamilton Tiger-Cats against the Winnipeg Blue Bombers.

While every player on both teams is an accomplished athlete in their own right, in the history of Canada’s two most famous trophies – the Grey Cup and the Stanley Cup – just three men have played for a winner of both championships.

The most famous of this trip is Lionel Conacher. The Big Train, as he was known, was named Canada’s athlete of the half century in 1950.

Conacher, playing for the Toronto Argonauts in 1921, rushed for 211 yards and scored 15 points in Toronto’s 23-0 shutout of the Edmonton Eskimos in the 1921 Grey Cup.

A defenseman on the ice, Conacher signed with the NHL’s Pittsburgh Pirates in 1925. He scored the first goal in franchise history but it was with the Chicago Blackhawks in 1933-34 that Conacher won his first Stanley Cup. He added a second Cup the following spring after Chicago traded him to the Montreal Maroons.

Conacher is enshrined in both the Hockey Hall of Fame and Canadian Football Hall of Fame.

In 1924, Carl Voss suited up for Queen’s University as the Kingston school won its third successive Grey Cup title. He played three seasons for Queen’s before signing with the Toronto Maple Leafs in 1927.

Voss was a journeyman NHL forward who played for eight teams. He won the first-ever NHL Rookie Award in 1932-33. His final NHL stop came with the 1937-38 Blackhawks, for whom he scored the Stanley Cup-winning goal that spring.

Moving into officiating after his playing days, Voss served as the NHL’s referee-in-chief from 1950-65. He was enshrined in the Hockey Hall of Fame as a builder in 1974.

The 1926 Grey Cup saw the Ottawa Rough Riders edge the University of Toronto 10-7. Halfback Joe Miller provided the difference on the scoreboard, booting a trio of singles. He also made two game-saving defensisve stops deep in Ottawa terriority during the fourth quarter to preserve the victory.

Miller’s ability to deliver stops in a pinch also won him the Stanley Cup in 1928. When New York Rangers goalie Lorne Chabot was sidelined in Game 2 of the Stanley Cup final against the Maroons by an eye injury, Miller, the NHL’s standby goalie, was pressed into action.

Pittsburgh Pirates goalie Joe Miller may be regretting his decision to take on the coaching job of the Ottawa Rough Riders.

While the rest of the NHL world is rounding into game shape, Joe’s watching his injury-riddled rugby club get obliterated 55-6 by the Hamilton Tigers. pic.twitter.com/r6wh2Ymr6e

He posted back-to-back shutouts in Games 4 and 5 as the Rangers took the best-of-five series 3-2.

NHL all-time scoring leader Wayne Gretzky, a four-time Stanley Cup winner with the Edmonton Oilers, also has his name on the Grey Cup as an owner of the 1991 Argonauts.

Did you know that John Candy and Wayne Gretzky are on the Grey Cup? pic.twitter.com/z2RJRA1J

CFL legend Normie Kwong won four Grey Cups as a running back – three with the Eskimos and one with the Calgary Stampeders. Kwong also earned a Stanley Cup inscription as a member of the 1988-89 Calgary Flames’ ownership group.

Gerry James won four Grey Cups as a running back/kicker with the Blue Bombers and lost in the 1960 Stanley Cup final as a forward with the Leafs. Center Ryan Getzlaf won the 2006-07 Stanley Cup with the Anaheim Ducks. His brother Chris won two Grey Cups as a slotback with the Saskatchewan Roughriders.