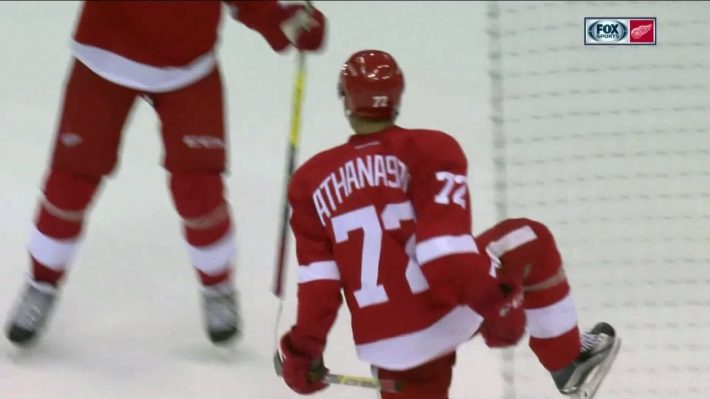 In NHL dressing rooms, it’s known as the golf tournament. Often, to make the chase even more epic, it’s dubbed The Masters.

In either case, it’s not a tourney anyone wants to win but every season, someone does win it, and lives on forever in NHL infamy.

To those not in tune with insider hockey nomenclature, The Masters is how NHL players refer to the race among the players each season at the bottom of the NHL’s plus-minus ratings.

Folks…Quick #Masters update..1st round is coming to a close…what a first round it has been!! Andreas Athanasiou is absolutely killing it. He’s -22 on the day..and he hasn’t played the 18th hole yet! He’s on pace to shatter the great Bill Mikkelson 1975 record of -82. #49Watch pic.twitter.com/GFRd6xaugz

These unfortunate souls, sometimes the victims of playing for poor teams rather that playing poorly themselves, are mockingly listed like the leaderboard at a golf tournament. The player with the NHL’s worst minus is the man atop this leaderboard.

Currently, that player is Andreas Athanasiou of the Detroit Red Wings, and if he maintains his epic pace, the Detroit forward will etch his name NHL history books.

Through 24 games played, Athanasiou owns a minus-25 rating. That averages out to minus-1.04 per game rate. Over 82 games, Athanasiou is on a minus-86 pace. That would be a new NHL standard for the worst-ever minus rating.

In 1974-75, Washington Capitals defenseman Bill Mikkelson posted a minus-82 rating but at least he had a good excuse. The Capitals, a first-year expansion team, went 8-67-5. That was a record for single-season losses at the time. Washington’s .131 winning percentage remains the worst in league history.

The 2019-20 Red Wings are a bad team, but they aren’t on a ’74-75 Capitals level of bad, which would mean if Athanasiou were to break the mark, it would be all that more astonishing.

He’s certainly positioned to make a serious run at the worst plus-minus in a season by a forward. Tom Williams, also with the 1974-75 Caps, was minus-69.

Worst Minus Ratings In NHL History

While we’re on the subject of plus-minus platitudes, save a thought the Wide World of Sports thrill of victory, agony of defeat double turned by Paul Ysebaert.

Happy 51st birthday to Paul Ysebaert. He's the only player in NHL history to have the best and worst plus-minus in two different seasons pic.twitter.com/43izAaSH4R

He’s the only player in league history to ever do this.