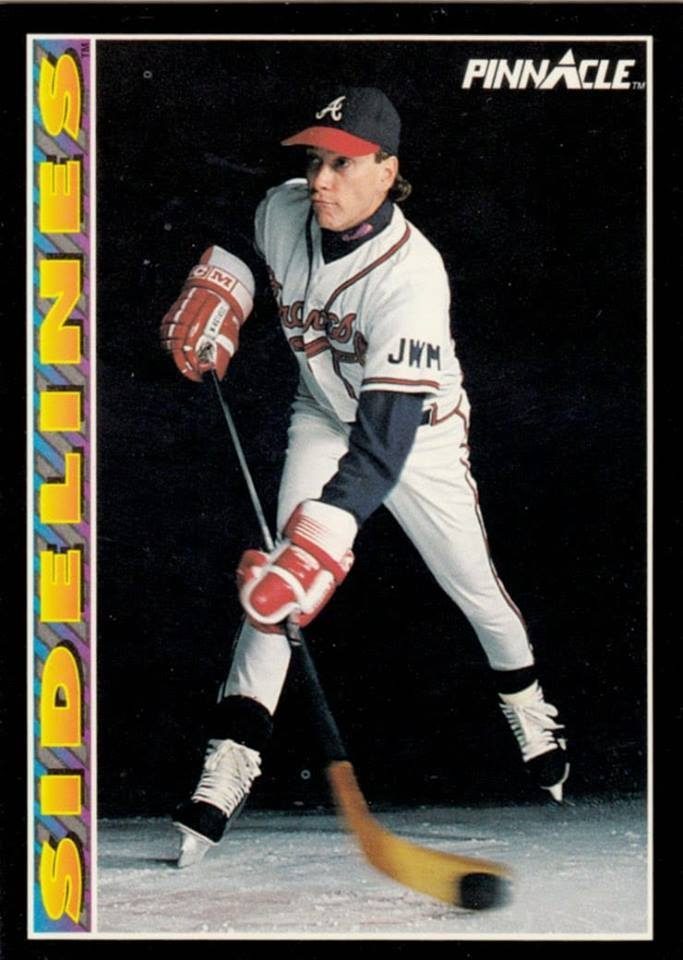 A few weeks back, we looked at some of the two-sport athletes who also played in the NHL. Today, let’s talk about some of the NHL draft picks who opted to pursue sporting passions completely away from hockey.

During the 1990s, lefty Tom Glavine won 164 games, second among MLB pitchers over the span of that decade. He was a five-time 20-game winner, a two-time National League Cy Young Award winner, as well as one of only 24 pitchers in MLB history to join the 300-win club.

In 2014, Glavine was elected to the Baseball Hall of Fame in his first year of eligibility, appearing on the ballot of 91.9 percent of all voters.

Glavine could have just as easily chosen skates over baseball spikes.

In the 1984 NHL entry draft, Glavine, a center for Billerica (Mass.) High School, was selected 69th overall by the Los Angeles Kings. Among the players chosen after Glavine in that draft were two future Hockey Hall of Famers – Brett Hull and Luc Robitaille.

Glavine joked that he chose baseball over joining the Kings because he didn’t want to force Wayne Gretzky down to L.A.’s second line. In reality, Glavine did get his shot at pro hockey. He played one shift for the ECHL’s Gwinnett Gladiators during the 2009-10 season.

In the 1981 NHL entry draft, the Winnipeg Jets selected Vermont Catamounts center Kirk McCaskill 69th overall. The son of former NHL and WHA defenseman Ted McCaskill, Kirk was all-ECAC at Vermont and spent one season in the AHL with Sherbooke. Then he turned full-time to his other passion, baseball.

McCaskill pitched in the majors for 12 seasons, winning 17 games for the California Angels in 1986.

Don Dufek was a two-sport sensation at Michigan, a hard-checking winger for the Wolverines hockey team and a safety with the football team. Dufek was an All-American selection on the gridiron. He was also selected 99th overall by the Detroit Red Wings in the 1974 NHL draft.

Don Dufek, the first @DetroitRedWings draft pick from U-M, was also a star on the gridiron. #40in40 #18Days pic.twitter.com/n0iVTZwgSN

“I didn’t want a long tour in the minors,” Dufek explained as to why he chose football over hockey. Selected by the Seattle Seahawks in the 1976 NFL Draft, Dufek was an original Seahawk who played with the team until 1984.

Yesterday, we were 35 Don Dufek days away from the start of the 2017 〽️🏈 Season! Enjoy & GO BLUE!!🤓@michiganinsider pic.twitter.com/wiem0OVCvT

He was a team captain and led the club in special teams tackles a franchise-record four times.