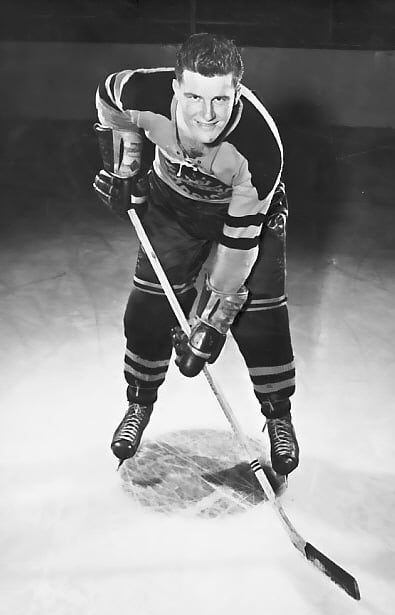 By the time Kent Douglas reached the NHL with the Toronto Maple Leafs in the fall of 1962, he was 27 years old and a five-year veteran of pro hockey.

By the time Douglas was awarded the Calder Memorial Trophy as NHL rookie of the year following the 1962-63 season, the award had been presented on 31 occasions since Detroit Red Wings forward Carl Voss won it in 1932-33.

Douglas was the first defensemen to ever be named the NHL’s top rookie.

It’s astonishing to think about the nemerous future Hall of Fame defenders who broke into the league between 1932-33 and 1961-62. The list would include Doug Harvey, Bill Gadsby, Red Kelly, Pierre Pilote, Marcel Pronovost, and Tim Horton, among many others.

None warranted rookie of the year consideration.

When Douglas finally broke the maiden for defensemen, it was a banner season for rookie rearguards. Douglas (34.97 percent), Doug Barkley (34.62 percent) of the Detroit Red Wings and Wayne Hillman (15.73 percent) of the Chicago Blackhawks finished 1-2-3 in Calder balloting.

Since the win by Douglas, 10 other defenseman have won the Calder, including two more in the next four seasons. Montreal’s Jacques Laperriere won in 1963-64 and Bobby Orr of the Boston Bruins took the award home in 1966-67.

At the time, Douglas also set the record as the oldest Calder winner. That mark was broken in 1989-90 when Sergei Makarov (31) won the Calder with the Calgary Flames.

Douglas will always be the first defenseman to be the NHL’s rookie of the year, though. That will never change.