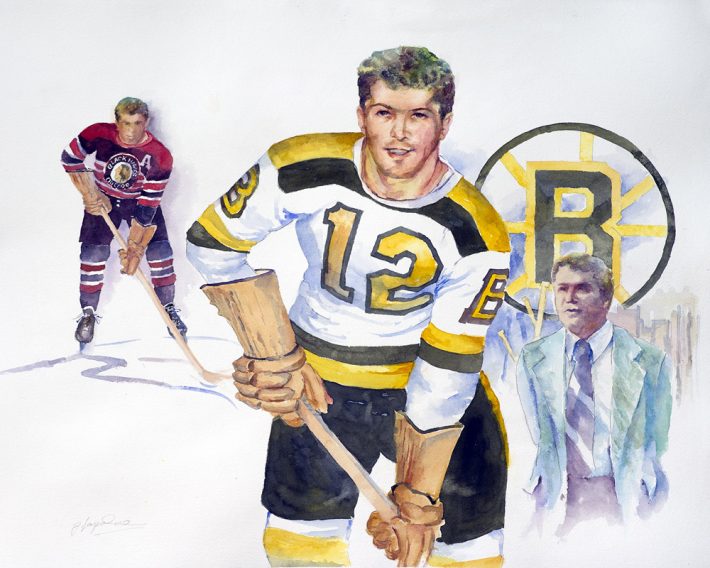 World War II deprived and depleted much of the reserves in North America to keep the war effort supplied. That list included professional hockey players.

With so many NHL and minor-pro players enlisted in the Armed Forces, teams were left to seek out talent in areas previously viewed as being off limits. And that was how Armand (Bep) Guidolin came to make his NHL debut for the Boston Bruins on Nov. 12, 1942.

On this day in 1942, Armand "Bep" Guidolin became made his debut for the @NHLBruins. At just 16 years old, he remains the youngest player to ever play an NHL game #Hockey365 #NHLBruins pic.twitter.com/1i87TwG19S

Guidolin was 16 years, 11 months and three days of age when he stepped on the ice that night at Maple Leaf Gardens. The Bruins lost 3-1 to Toronto but Guidolin made history. He was the youngest player to ever skate in the league.

He still is. And since the age limit for the NHL today is 18, he always will be unless that changes.

While critics of that era are quick to assess the war-depleted NHL as watered down, in a 1971 interview with the Boston Record-Amercan, Guidolin was quick to dispute that notion.

This week we look at some of the Youngest and Oldest record-holders in NHL history.

“It burns me when they say there was no one in the league back in ’42,” Guidolin said. “New York had Neil Colville, Jimmy Orlando and Black Jack Stewart were with Detroit, and it seems to me Montreal had a right winger named Maurice Richard.”

His Boston teammates included Dit Clapper, Frank Brimsek and Bill Cowley, all of them future Hall of Famers. Clapper was the NHL’s first 20-season player, and Brimsek is the only goalie to win the Stanley Cup, Vezina and Calder Trophies in the same season. Cowley was an NHL scoring champ in 1940-41 and retired as the league’s all-time leading point producer.

73 yrs ago, Bep Guidolin suited up for Bruins at the ripe old age of 16. He'd later coach the B's in the early 70s. pic.twitter.com/Psi6Y7yFil

Guidolin scored his first NHL goal on Nov. 24 on Chicago’s Bert Gardiner, netting the tally 15 days shy of his 17th birthday. He finished the 1942-43 season with seven goals.

Guidolin played in the NHL until 1952. He later coached the Bruins in the 1973-74 Stanley Cup final and was the first coach in Kansas City Scouts history.