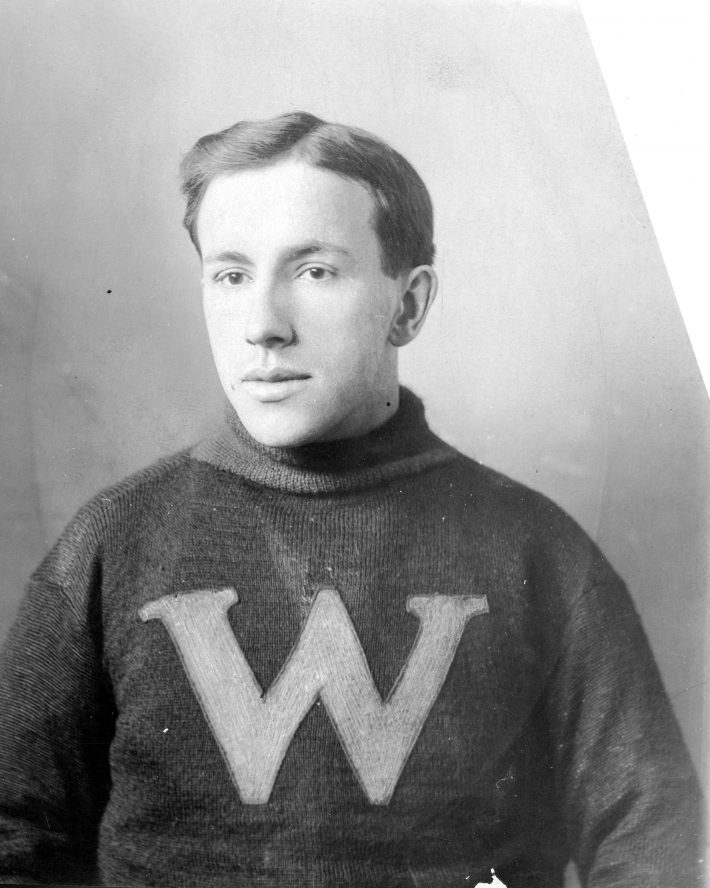 On the surface, it’s not surprising that many of the performances turned in by teams and players on opening night were record setting. After all, it was the first night. Of course, almost everything was going to be a record.

What is truly astonishing is how many of these records have stood the test of time.

As the Montreal Canadiens defeated the Ottawa Senators, they were led by five goals from center Joe Malone. Over a century later, that still stands up as the most goals netted by a Habs player in a road game.

The other opening-night affair saw the Montreal Wanderers edge Toronto 10-9. It would prove to be the only victory in the brief NHL life of the Wanderers. Westmount Arena, their home rink, would burn to the ground on Jan. 2, 1918. The team opted to fold the next day and finished with a 1-4 record.

Naturally, the firsts were a many on this night. Some were obvious, while others might catch you by surprise.

To Wanderers defenseman Dave Ritchie went the honor of scoring the first goal, dish out the first assist and net the first game winner in NHL history. During the 1925-26 season, Ritchie would be involved in another unique first. He started the season playing two games for the Canadiens. But after he was let go by the Habs, on Jan. 30, 1926, Ritchie made his debut as an NHL referee. He became the first player to play an NHL game and officiate and NHL game during the same season.

Wanderers forward Harry Hyland scored five goals, which would stand as the team record for goals in a game. Winning goalie was Bert Lindsay. When Bert’s son Ted played for the 1944-45 Detroit Red Wings, he became the first son of an original NHLer to skate in the league.

Toronto would go on to win the Stanley Cup in 1917-18. The 10 goals surrendered by Toronto remains the most goals ever allowed by a Cup winner in the season opener. Toronto suited up and used two goalies in the game. Sammy Hebert started but gave way to Arthur Brooks.

The NHL wouldn’t mandate that teams dress two netminders for a game until the 1965-66 season. And Hebert wore No. 9. To date he’s the only NHL netminder to wear the digit later made legendary by Maurice (Rocket) Richard, Gordie Howe and Bobby Hull.

Among those who scored for the Wanderers was player-manager Art Ross. It would prove to be the only NHL goal scored by the man for whom the NHL scoring championship trophy is named. Ross would referee Game 3 of the Stanley Cup final between Toronto and the Vancouver Millionaires. He’s the only person to play in the NHL and referee a Stanley Cup game in the same season.

There were also oddities unfolding in Ottawa. While the first period was underway, Ottawa forward Jack Darragh was still in the dressing room, negotiating his contract with the team. He eventually agreed to terms, signed and suited up in time for the second period. This would classify Darragh as the first NHL player to enter the season in a contract holdout – albeit the shortest contract holdout in league history.