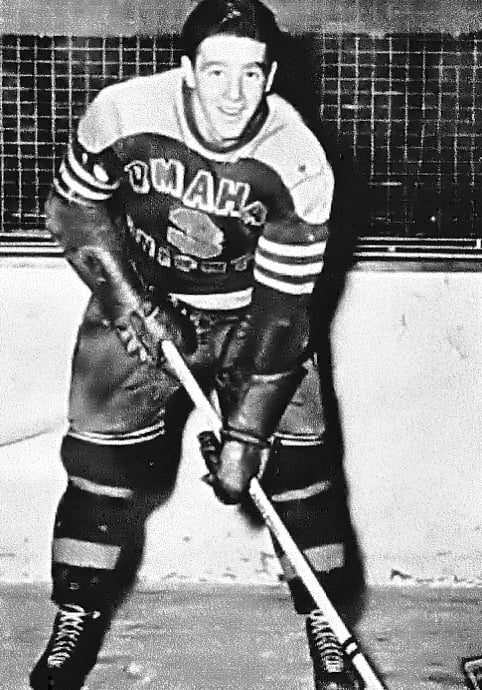 By today’s pro hockey ladder, the equivalent would be a player being recalled from the East Coast Hockey League to make his NHL debut in the Stanley Cup playoffs.

In the spring of 1950, the championship hopes of the Detroit Red Wings were seemingly dashed when star right-winger Gordie Howe suffered a life-threatening head injury after falling head-first into the boards during Detroit’s playoff opener against the reigning Stanley Cup champion Toronto Maple Leafs.

The late HOFer Marcel Pronovost was born this date in 1930. The longtime Red Wing won 4 Cups in the early 50's, grew into one of the NHL's premier D-men during the late 50's/early 60's & added one more ring with Leafs in '67 near the end of his career. pic.twitter.com/DFoybaCeEj

The Wings tried Gerry Couture in Howe’s spot alonside Sid Abel and Ted Lindsay on Detroit’s Production Line for the next two games of the series. When the Leafs took a 2-1 series lead, the Wings moved defenseman Red Kelly up to Howe’s spot on right wing and inserted Clare Martin in Kelly’s spot along the blueline.

That experiement lasted one game. For Game 5, the Wings installed 19-year-old rookie Marcel Pronovost on defense and two other rookies, brothers Larry and Johnny Wilson, into the lineup. Pronovost had spent the entire season with the Omaha Lancers of the United States Hockey League, two tiers below the NHL. He’d been named an all-star and the rookie of the year in his pro debut.

Detroit rallied from a 3-2 deficit to win the series in seven games. The Wings also came back from 3-2 down to defeat the New York Rangers to win the Stanley Cup final. Pronovost had earned a Stanley Cup inscription while still a teenager and prior to playing his first NHL regular-season game.

That alone would make for a legendary tale. But it was just scratching the surface of Pronovost’s Hall of Fame career. He’d win three more Cups as a Wing and a fifth with the Toronto Maple Leafs in 1966-67. Pronovost played in 11 NHL All-Star Games and was four times selected to the NHL All-Star Team – twice on the First Team and twice on the Second Team.

He was enshrined in the Hockey Hall of Fame in 1978.