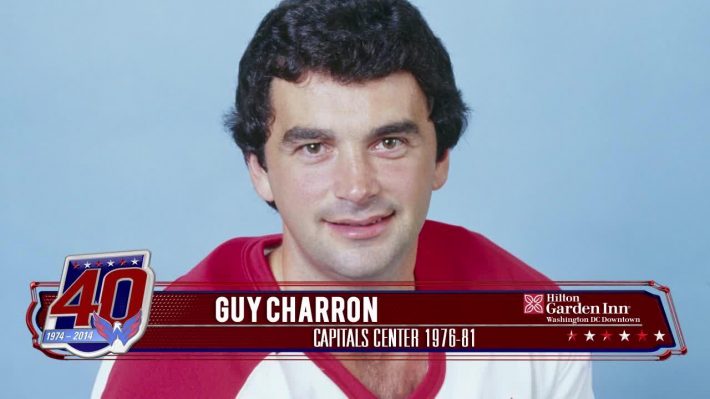 In 1969-70. center Guy Charron made his NHL debut with the Habs. Montreal missed the playoffs that season, the only time between 1948-49 and 1994-95 the Habs were absent from postseason play.

It was a bad omen of what was to come for Charron during his 734-game NHL career.

He holds a record that no player will covet or ever desire to break. Charron owns the mark for most career NHL games without playing a Stanley Cup game.

The Shleprock of the skates and sticks crowd, Charron the player was to the NHL what Michigan football coach Jim Harbaugh is to NCAA bowl games. He answered the bell every year and got his bell rung.

They say timing is everything and Charron was the master of bad timing.

On this day in 1971: The #RedWings trade Frank Mahovlich to MTL for Mickey Redmond, Bill Collins and Guy Charron. #LGRW pic.twitter.com/iph3qDMQSw

In 1970-71, Montreal won the Cup again, minus Charron. He’d been dealt to the Detroit Red Wings during the season. Charron also did tours of duty with the Kansas City Scouts and Washington Capitals, finishing last seven times.

He felt snakebit, disillusioned, certain that if it weren’t for bad luck, he’d have no luck at all.

In honor of Guy Charron.

“Frustration?” Charrons asks. “God yes, I’ve had few of those in my time.”

There were close calls. Detroit missed the postseason by four points in 1971-72 and by two points in 1972-73. In 1980-81, Charron‘s final NHL campaign, Toronto won the last game of the regular season to slip into the final playoff spot, one point ahead of Charron‘s Capitals.