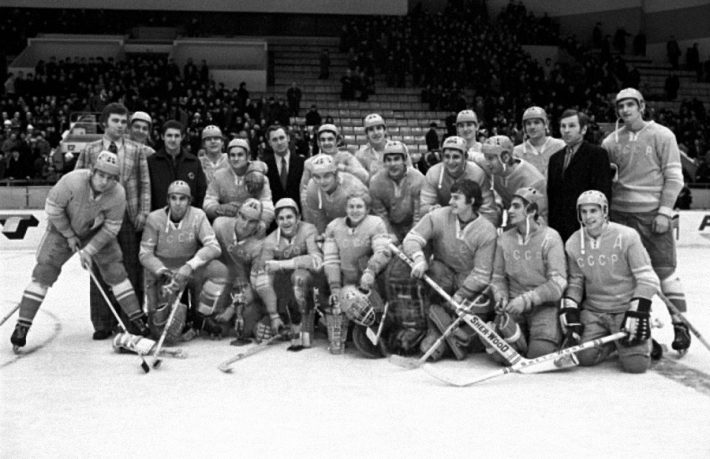 Millions of Canadians will be glued to their device of choice on Sunday afternoon, watching to see if Canada can defeat Russia and claim the country’s 18th world junior championship. But truth be told, before TSN’s wall-to-wall coverage made this tournament must-see TV viewing during the holiday season, no one much cared about the world junior.

The World Junior Hockey Championship: Helping you escape your in-laws since 1974.

At the inaugural world junior tourney in 1974 in Leningrad, Canada was represented by the Peterborough Petes.

Jarvis led the team in scoring with 2-5-7 totals. Forward Bill Evo, who’d later play in the WHA, topped the team with three goals.

Canada finished third in the six-team tournament, posting a 3-2 record and earning the bronze medal. The Canadians were edged 4-3 by the silver medalists from Finland (4-1), and routed 9-0 by the mighty Soviet Union (5-0), who won the gold medal.

My mom dug up some old photos from when she attended a Toronto Toros game in 1974. Pictured here is defenceman Jim Turkiewicz pic.twitter.com/RCcQbV4YTH

Three Canadians – goalie Frank Salive and defenseman McIntosh and Jim Turkiewicz, who’d later play in the WHA for the Toronto Toros – were named to the all-tournament team.