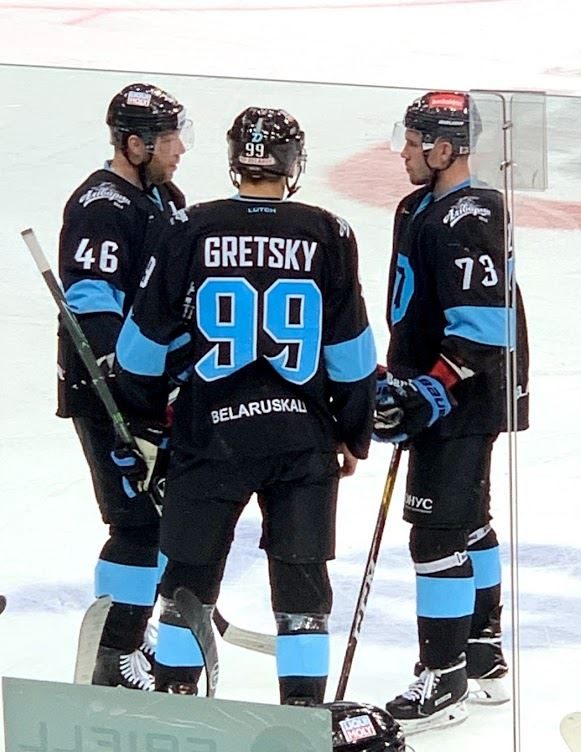 No, The Great One has not made a comeback to celebrate his upcoming 59th birthday. And no, that’s not a typo.

Dynamo Minsk forward Slava Gretsky was not only selected to play in this season’s KHL All-Star Game, he was the top vote getter for Team Tarasov among fan balloting with 2,292 votes.

The KHL All Star Game Rosters have been announced featuring #99 Slava Gretsky thanks to a John Scott style voting campaign. pic.twitter.com/XqorR3ZDPs

That’s despite the fact that unlike his namesake Wayne Gretzky, the NHL’s all-time leader in goals (894), assists (1,963) and points (2,857), the Dynamo Minsk version of Gretsky has aacounted for one assist in a dozen games this season.

The @KHL’s own Slava #99 Gretsky logged an assist today for @hcdinamoby. Our chat a few weeks ago, #icymi https://t.co/SyzzEwp1EZ

There’s no indication that the two are related, although there is a curious connection between Gretzky and Gretsky. Slava hails from Grodno in Belarus. That’s the same town that Wayne’s grandfather Anton called home prior to emigrating to Canada shortly before the Russian Revolution.

The 2020 KHL All-Star Game is slated for Jan. 20th at VTB Arena in Moscow –  just six days prior to The Great One’s 59th birthday.