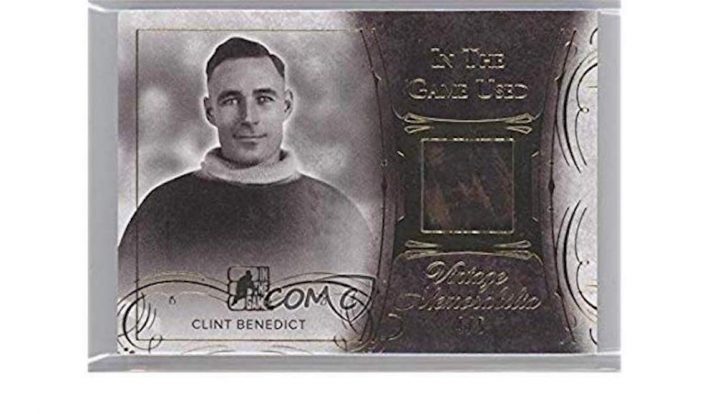 When the NHL was born in 1917, stand-up goaltending was merely the style of play, it was the law.

Floppers weren’t just frowned upon, they were forbidden. If a netminder were to leave his feet in order to stop a puck from entering his goal, the rules of the day indicated that he’d be subject to a minor penalty and a $2 fine.

This didn’t sit well with Ottawa Senators goalie Clint Benedict. He couldn’t understand why he wasn’t allowed to block the puck via any avenue available to him. Benedict devised methods of making it appear that he’d lost his balance or had his skates taken out from under him, and in the process just so happened to fall in the path of the puck.

This date in 1918: NHL permits goalers to leave their feet; previously it was a penalty to sit or lie on the ice. New rule was a nod to then-#GoSensGo’s Clint Benedict, sarcastically called “Praying Benny” by Toronto fans for his constantly dropping to his knees to make a save pic.twitter.com/ZAjJkBSyeE

Fans and media were on to his game, hanging the nicknames Praying Benny and Tumbling Clint on the Ottawa goaler. But flummoxed referees were indecisive when it came to penalizing Benedict, so they brought their concerns to NHL President Frank Calder.

Tired of the ongoing battle, Calder capitulated. On Jan. 9, 1918, he announced that goaltenders would no longer be penalized for leaving their feet to stop the puck.

Asked to clarify his decision by a reporter, Calder answered in a manner that remains part of the hockey vernacular to this day.

Frank Calder was the 1st president of the @NHL from 1917-1943 & a strong advocate against racial discrimination pic.twitter.com/Gy1rKl9eCe

“In the future, they can fall on their knees, or stand on their heads if they think they can stop the puck better in that way than by standing on their feet,” Calder explained.

Benedict brought NHL goalies to their knees. Calder coined a phrase that has continued to serve as a metaphor for spectaculr puckstopping.

So the next time you hear someone say the goalie stood on his head, now you know the origins of the phrase.