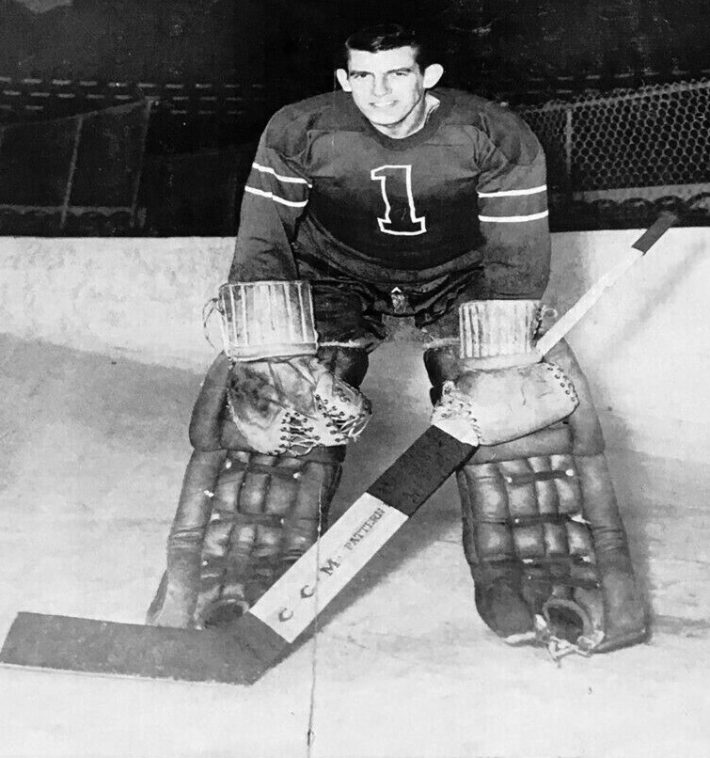 There’s nothing that’ll start a debate faster than trying to determine the best ever at something.

You can make a case for any of these players in each of these categories.

“Original 6”MapleLeaf Goalie Don Simmons watches the clock wind down during an 11-0 loss to the Bruins in a 1964 game at the MapleLeaf Gardens.#Leafs #Bruins #Boston #Toronto #nhl #1960s pic.twitter.com/qRW1YhrUWx

But what about the greatest backup goalie in NHL history? We’ll bet you’ve not devoted much time to that argument.

Fortunately, we have. And the hands down winner is Don Simmons.

During the 1956-57 season, Boston Bruins goalie Terry Sawchuk, battered down by the combination of mononucleosis and a nervous breakdown, walked away from the NHL. The Bruins acquired Simmons from the AHL Springfield Indians to fill their net.

57 yrs ago, Boston's Don Simmons not only became 2nd modern NHL goalie to wear a mask but he did it in style by blanking Leafs 4-0. pic.twitter.com/iJfcCocPIP

In the Month of the Mask, here's a #TBT to the first NHL goaltender to follow Jacques Plante's mask lead, Don Simmons (as you might figure). https://t.co/k8qRh0WYSX pic.twitter.com/7ZCWTU8sgp

He’s also believed to be the goaltender who was first to skate to the bench for an extra attacker during a delayed penalty call.

Traded to the Toronto Maple Leafs in 1961, Simmons was understudy to Johnny Bower. During Game 4 of the 1961-62  Stanley Cup final against the Chicago Blackhawks, Bower pulled his groin while lunging to make a save. Simmons stepped in and won the next two games to clinch Toronto’s first Stanley Cup since 1950-51.

In each instance, Simmons did what teams expect from a backup netminder – to be able to go between the posts at a moment’s notice and provide stellar puckstopping.

Though largely assuming a backup role, Don Simmons won the #StanleyCup with the @MapleLeafs in each of his 3 seasons in #Toronto. In the 1962 final he would step in to lead the #Leafs to a win over Chicago. #TMLTalk #NHL #leafsnation pic.twitter.com/QaYLuo4lHf

Simmons saw his final NHL duty in 1968-69 with the New York Rangers, backing up Ed Giacomin. His NHL days, launched by Sawchuk’s departure, ended when the Rangers acquired Sawchuk in the summer of 1969.