Skip to content
Loading...
Latest news
Five Players Who Won’t Be Moved At The 2020 NHL Trade Deadline
A Great Mess
The Hockey Debates Podcast: Boudreau Out In Minnesota
Five NHL Prospects Who Could Be Moved By The Trade Deadline: Eastern Conference Edition
Would The Real Boston Bruins Please Step Forward?
NHLWeird Hockey History 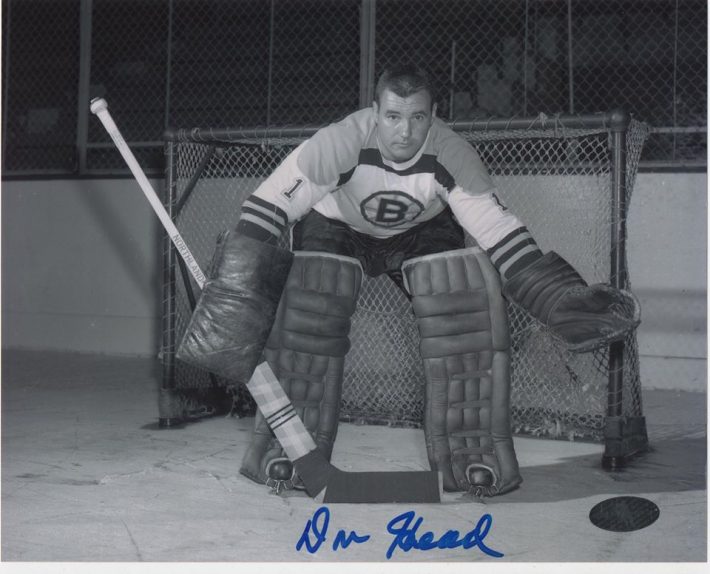 Don Head played goal for Canada at the 1960 Winter Olympics in Squaw Valley, Calif., going 5-1 with a 1.87 goals-against and a tournament-leading two shutouts as the Canadians won the silver medal.

Head played in the NHL. Yet surprisingly, these two achievements play also-ran status on his resume of hockey accomplishments.

n their WHL opener, Seattle took a 4-1 win over the Canucks in Vancouver. Totems got a big game from goalie Don Head: pic.twitter.com/HRz9u8sddK

During the 1960-61 season, playing for the Western Hockey League’s Portland Buckaroos, Head came up one minute shy of leading the team in penalty minutes.

Defenseman Jack Bionda led the Buckaroos with 102 penalty minutes, one more than Head accumulated in setting a WHL single-season record for penalty minutes by a goaltender. He was the first goalie in pro hockey history to reach the century mark in PIM.

Known for protecting his crease with fervor, Head was quick to assault the invading enemy both with his stick and his fists. He was also sharp with his tongue, earning four misconducts.

Portland’s Don Head is the top goalie in the WHL this year. He should be attractive to an #NHL expansion team next summer. pic.twitter.com/5oZeTUmvtM

Head was equally stubborn when it came to allowing pucks to get past him. He led the WHL in wins (38), shutouts (7) and goals-against average (2.67) and was named the league’s top rookie 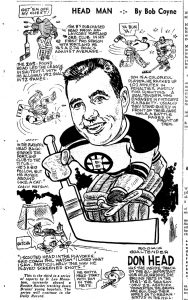 That caught the eye of the NHL’s Boston Bruins, who dealt to acquire Head during the offseason.

Head turned the goaltending version of the Gordie Howe hat-trick, oddly enough against Howe’s Detroit Red Wings on Oct. 26, 1961. He posted a 4-0 victory for his first NHL win, blocked 41 shots for his first NHL shutout, and fought Detroit forward Vic Stasiuk in the first period.

Head went 9-26-3 in his lone NHL season, posting a 4.24 GAA and colleting two shutouts, along with 14 penalty minutes and a pair of fighting majors.