Skip to content
Loading...
Latest news
A Great Mess
The Hockey Debates Podcast: Boudreau Out In Minnesota
Five NHL Prospects Who Could Be Moved By The Trade Deadline: Eastern Conference Edition
Would The Real Boston Bruins Please Step Forward?
Clifford, The Goalie Who Scored More Than He Allowed
NHLOld-Time Hockey Photos 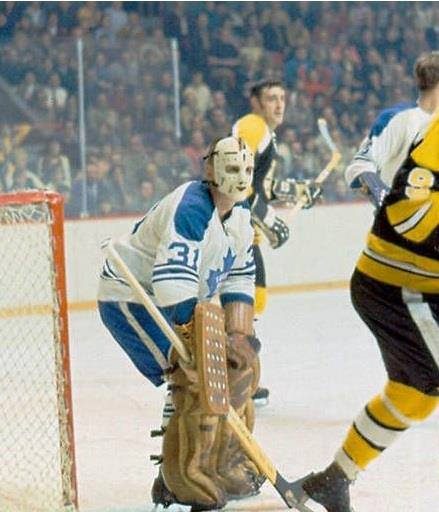 At the age of 15, while playing junior A for the St. Catharines Teepees, Marv Edwards was afforded the chance to practice with the 1950-51 Toronto Maple Leafs, who’d go on to win the Stanley Cup that spring.

While on the ice, he gained a valuable bit of instruction from Leafs coach Joe Primeau, who showed Edwards the proper way to protect his post so that short-side goals wouldn’t elude him.

Happy 79th b'day to former Leafs goalie Marv Edwards who was 34 in his only season in Toronto, but looked 79 already! pic.twitter.com/F2VL5n6HYo

Nineteen seasons later, Edwards would be afforded the chance to repay the Leafs. At the age of 34, Leafs coach-GM Punch Imlach acquired the veteran netminder to work with Bruce Gamble and 45-year-old Johnny Bower in what would be the NHL’s first three-goalie rotation.

Edwards had won a world championship for Canada in 1959 with the Belleville McFarlands, as well as successive Memorial Cups with the Barrie Flyers (1952-53) and Teepees (1953-54). His lone NHL appearance with the Pittsburgh Penguins on Feb. 20, 1969 saw Edwards made 30 saves and earn the game’s third star during a 3-0 loss to the Detroit Red Wings.

At Toronto, the Leafs took out the struggling Black Hawks 4-1. Marv Edwards made 36 saves in his first start in net for the Leafs, who got goals from Brit Selby, Mike Walton, Dave Keon and Ron Ellis. Lou Angotti was the only Hawk to beat Edwards. pic.twitter.com/6l5nQ2EQ33

In his Leafs debut, Edwards turned aside 36 shots for a 4-1 victory over the Chicago Blackhawks. He delivered a 27-save performance to beat the St. Louis Blues 3-1. Next up, Edwards earned the game’s first star, beating the Boston Bruins 4-2 behind a 40-save effort.

Edwards had opened his career with the Leafs by going 4-0-1.