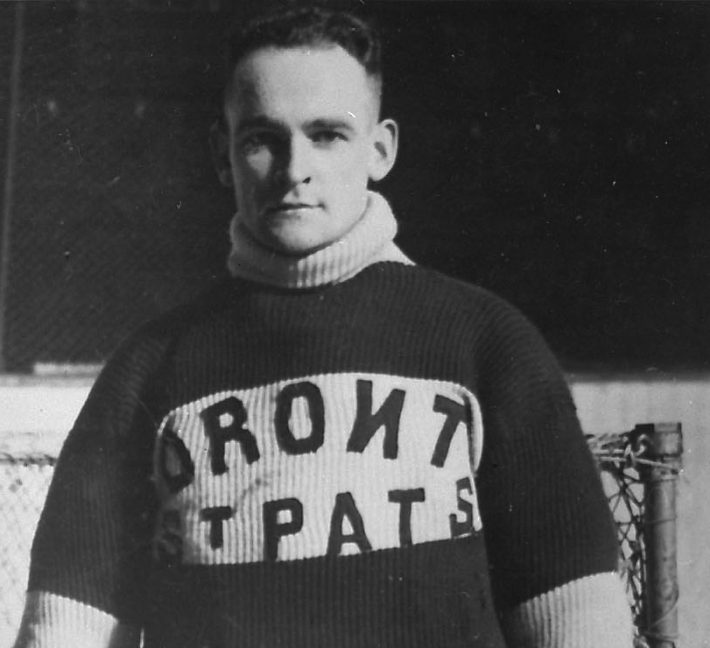 There were many spectacular beginnings held at venerable Windsor Arena over the rink’s lengthy history. But the night of Feb. 15, 1927 was all about the end of an era.

Toronto’s National Hockey League history was not one much to talk about during the infancy of the league. True, there were Stanley Cup wins by the Arenas (1917-18) and the St. Patricks (1921-22), but considering the club was also briefly called the Tecumsehs, Toronto actually had more nicknames than titles to its credit.

That was all about to change as the St. Patricks travelled to Windsor for a game with the Detroit Cougars.

An expansion franchise, the Cougars – who would eventually become the Red Wings – were without a rink in Detroit during their inaugural NHL campaign and played all of their 1926-27 home dates at Windsor Arena.

Neither team was left with much to shout about as they met on a bitter winter’s evening. Both were en route to missing the playoffs and the snow storm that night kept the crowd at the game down to a paltry 150.

The St. Patricks were up for sale and Philadelphia interests made inquiries about purchasing the club and relocating it to the City of Brotherly Love.

Smythe was installed as coach and general manager of the club, a move that was to take effect at the start of the 1927-28 season. They picked a new name, logo and colour scheme for the club – something they planned to unveil at the club’s next home game. Feb. 17 against the New York Americans at Mutual Street Arena. 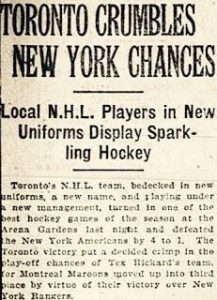 First, there was the matter of the Feb. 15 road game in Windsor against Detroit.

Despite outshooting Detroit 33-27, the St. Patricks went out with a whimper, taking it on the chin from the Cougars by a 5-1 count. Jack Arbour and Pete Bellefeuille scored twice each for Detroit and Gordon (Duke) Keats added a single tally. Interestingly, all three players performed for Toronto during their pro careers.

To Corbett Denneny went the honour of scoring the final goal for the St. Patricks.

Two nights later in Toronto, the Maple Leafs made their debut with a 4-1 victory over the Americans. Billy Burch gave the Americans the lead, but George Patterson tied the score, netting the first goal in Leafs history.

Ace Bailey tallied a pair of goals, including the game winner.