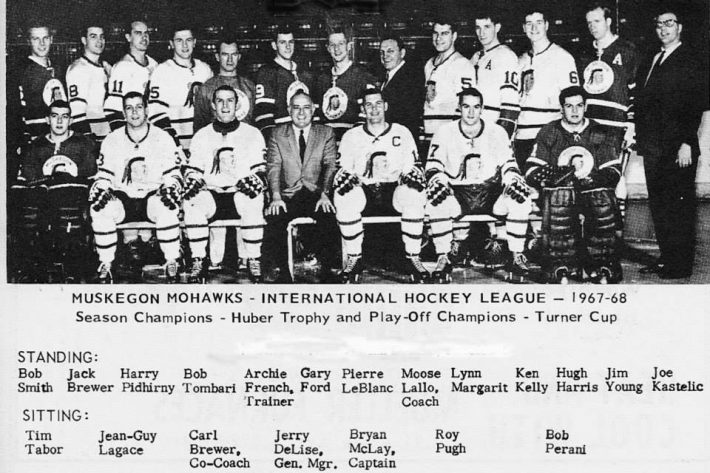 Carl Brewer was an NHL All-Star defenseman and a three-time Stanley Cup champion. In the summer of 1965, he decided that he should be paid like one. When the Toronto Maple Leafs balked, Brewer announced his retirement.

He wouldn’t be out of the game for long. Reinstated as an amateur, Brewer suited up for Canada at the 1967 world championship. Canada won the bronze medal. Brewer collected seven points in seven games and was named to the tournament all-star team.

The following season, he joined the Muskegon Mohawks of the International Hockey League as a player-coach. Accounting for 68 points in 65 games, he was named to the IHL First All-Star Team and was recognized as the league’s top defenseman. Brewer added another 12 points in nine games as Muskegon won the Turner Cup championship.

The following season, Brewer skated in Finland with HIFK Helsinki. He’d return to the NHL with the Detroit Red Wings from the 1969-70 season and was named to the NHL’s Second All-Star Team.

Following stints with the St. Louis Blues and in the WHA with the Toronto Toros, Brewer retired a second time in 1974. But five years later at the age of 41, he’d come out of retirement and finish where he’d started in the NHL. Brewer signed with the Leafs. He played 20 games in 1979-80, collecting five assists.

He retired for a third time, and this time it stuck.