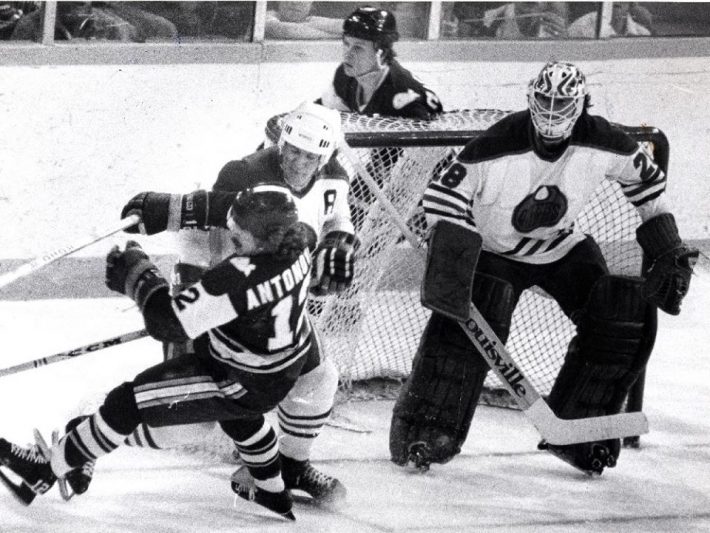 Dave Dryden may be the less famous of the goaltending Dryden brothers but his legacy in the position is equally as vital as that of his brother.

The modern fiberglas face mask with the cage opening now worn by all NHL netminders was the brainchild of Dave Dryden.

In 1978, Dave combined with mask maker Greg Harrison to create the facial protection that would become standard wear for all elite netminders.

He was the first to wear this style of mask with the WHA’s Edmonton Oilers during the 1978-79 season. He was also the creator of the first prototype.

Wearing the full fiberglass mask, Dryden was struck in the face a couple of times during the 1977-78 season and feared suffering an eye injury. He liked the cage style mask for its view of the ice but didn’t put much faith in the protection it offered.

Dryden believed the padding shouldn’t around his head from a helmet but instead surrounding the goalie’s face, where they were being hit with the puck.

He began to experiment with a fiberglass mask cut out around the eye holes, using solder to represent where the cage would go. He turned his prototype over to Harrison, and he created the style of mask that all goalies currently wear. 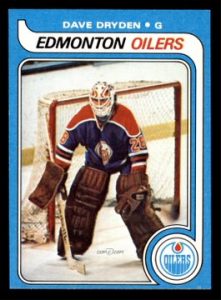 In one of his first games with the new mask, Dryden took a shot directly to the face. “It didn’t even hurt,” he recalled.

With Dave Dryden’s invention, the butterfly could never have become the way to play goal in the mid-1980s. With the old-style masks, it would have proven to be pure folly for a netminder to play with his face in the line of fire when dropping into the butterfly position.

Ken Dryden considers his brother one of three transformative goalies in modern hockey history. He cites Jacques Plante for bringing the mask into vogue, Glenn Hall for creating the butterfly style, and Dave Dryden for giving goalies the mask that allowed them to revolutionalize the way they stop the puck.