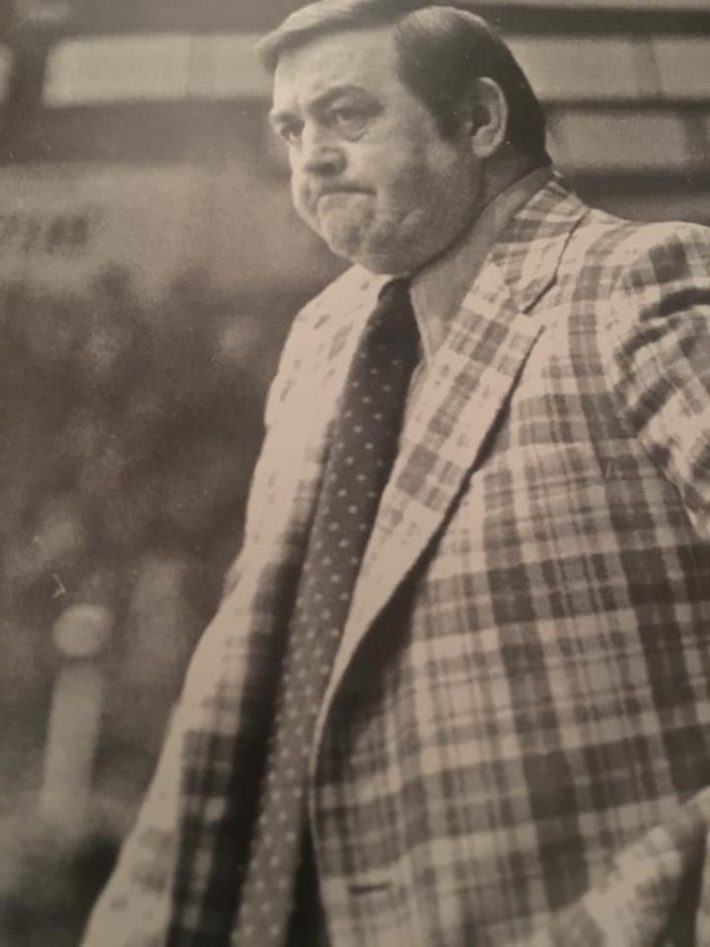 Ted Garvin’s career as an NHL coach wasn’t the shortest on record but it certainly met with the most bizarre ending.

Garvin was a veteran minor-league coach who’d guided Detroit’s IHL franchise, the Port Huron Wings, to a pair of Turner Cup titles and two other final appearances over a four-year span when he was hired to coach the NHL Red Wings on April 24, 1973.

From 1971-75, Port Huron was a @DetroitRedWings farm club. This is a team photo of the 1971-72 Port Huron Wings, who won their second-straight Turner Cup, downing Muskegon in 6 games. Ted Garvin was head coach, and Morris Snider was GM. pic.twitter.com/S3oowSTQZR

“I intend to win,” Garvin announced as he took over. But he’d struggle to win over his players.

A no-nonsense coach, Garvin provided his veteran NHLers with a laundry list of rules and regulations regarding their behavior, a move that proved as popular with the players as a bag skate. He dictated that to improve their fitness, they should eat more bananas. He planned to install air conditioning units behind the bench to help cool the players between shfts.

And cool them off he did. Detroit was 2-8-1 when Garvin was called into the office of GM Ned Harkness for a meeting at 5:30 p.m. on Nov. 7, 1973, just a couple of hours before the Wings were to play host to the Philadelphia Flyers at Olympia Stadium.

Harkness was informed of two facts of life. Firstly, he was fired as coach of the team. Secondly, new coach Alex Delvecchio wouldn’t take over until the next day, so Garvin would be required to coach the team that night against the Flyers.

He was figuratively a dead man walking behind the Detroit bench. At the 17:05 mark of the third period, Garvin patted defenseman Ted Harris on the back and strode down the hallway and out of the rink. With no assistant coaches, the players were left to figure out line changes on their own for the remainder of a 4-1 loss to the Flyers.

Mike Eruzione on Diggers coach Ted Garvin: "He was a showman. Teddy loved the fighting. He would stand on those boards, arms up in the air waving at the crowds. I would be sitting there not believing what was actually happening. We had guys that fought each other in practice.”

Garvin walked right back to the IHL, where he was a legendary figure. He guided the Toledo Goaldiggers to a pair of Turner Cup titles in the 1970s. Garvin coach his final pro games with the IHL’s Flint Generals in 1982-83.