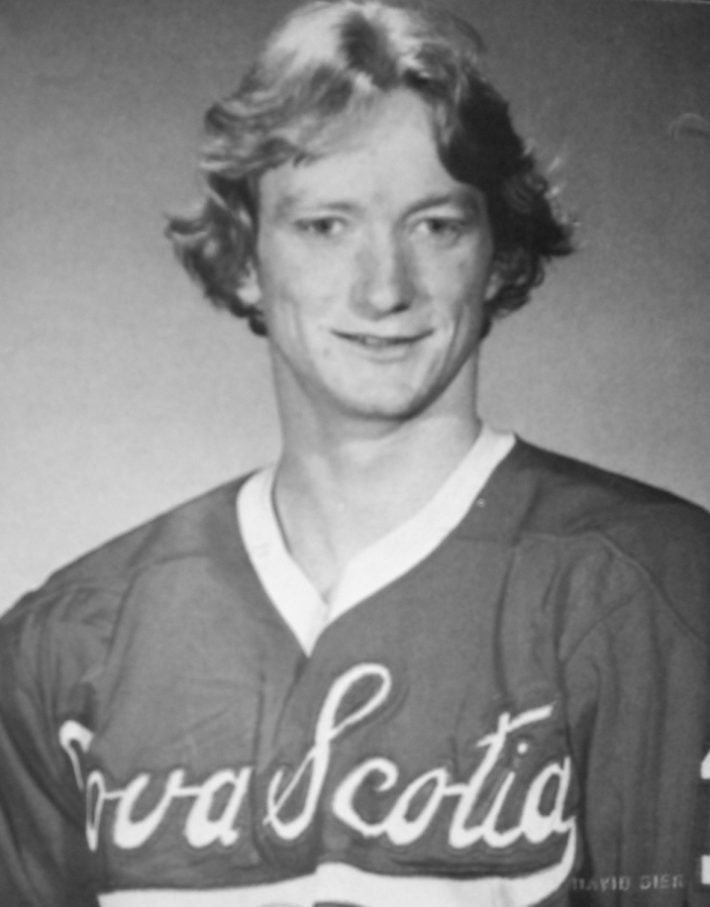 Hockey fans are well-versed in the heroics of Larry Robinson. A 10-time Stanley Cup winner – six as a player, three as a coach and one as a scout – Robinson was enshrined in the Hockey Hall of Fame in 1995.

He won a pair of Norris Trophies. His career marks for plus-minus (+730) and seasons in the playoffs (20) are NHL records.

Robinson also opened the door for his little brother’s lone appearance in an NHL game.

Playing for the Montreal Canadiens during the 1979-80 season, Larry fell ill with abdominal pains as the Habs prepared for a Western Canadiens road trip and was hospitalized with what was believed to be appendicitis. Recalled from Nova Scotia of the AHL to fill his spot in the lineup was Larry’s younger brother Moe.

It turned out, Larry didn’t have appendicitis after all. He joined the Habs in St. Louis and Moe was returned to Nova Scotia, never to see the NHL as a player again.

Moe and Larry share another unique honor – both have their numbers hanging aloft in the rafters at the Bell Center. Moe wore No. 2 during his one-game stint with the Habs. On Oct. 26, 1985, the Canadiens retired No. 2 in honor of Doug Harvey.

This date 1985: #Habs retire No 2 of Doug Harvey. 1-game 79-80 Moe Robinson, who wore 2, is proud he beat @19LarryRobinson into Bell rafters pic.twitter.com/CQd9uCSutd

Oh, in case you were wondering, yes, there was a third Robinson brother. Shemp? Curly?

No, mom and dad Robinson didn’t harbor a fondness for the Three Stooges. The elder sibling of Larry and Moe Robinson was named Brian.