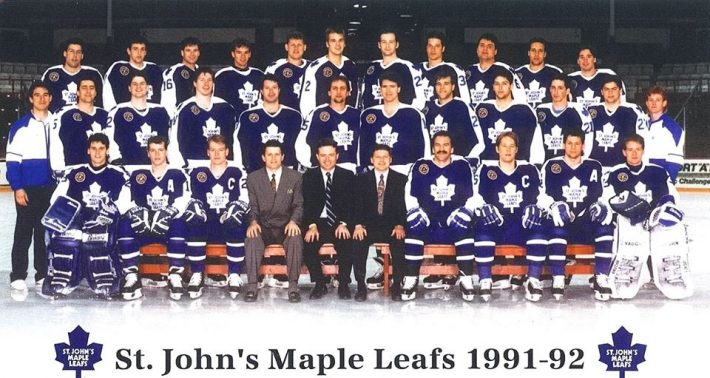 Making the transition for hockey player into a new career is a challenge for any veteran, and Joel Quenneville was no different. Playing for the 1991-92 St. John’s Maple Leafs, the AHL farm club of the Toronto Maple Leafs, Quenneville made that transition.

He played his final season as a defenseman with that club, the Calder Cup finalists that season. Quenneville also launched his very successful coaching career at the same time.

Joel Quenneville has been named the NHL Coach of the Decade! pic.twitter.com/sMXqO3xJkQ

He was a player-coach with the AHL Maple Leafs, and Quenneville found himself walking a fine line.

Today the coach of the NHL’s Florida Panthers, Quenneville has been a bench for for three Stanley Cup champions with the Chicago Blackhawks. He was also an assistant coach with the 1995-96 Cup champion Colorado Avalanche.

Quenneville was the recipient of the Jack Adams Award in 1999-00, as he led  the St. Louis Blues to a President’s Trophy. Second on the NHL all-time wins list, Quenneville is the only coach in league history to post over 800 wins (890) and play over 800 NHL games (803).

“In the late stages of my career, I started to think about getting into coaching after I was done,” Quenneville said. “Coaching has been great. A great learning experience and a lot of fun.”