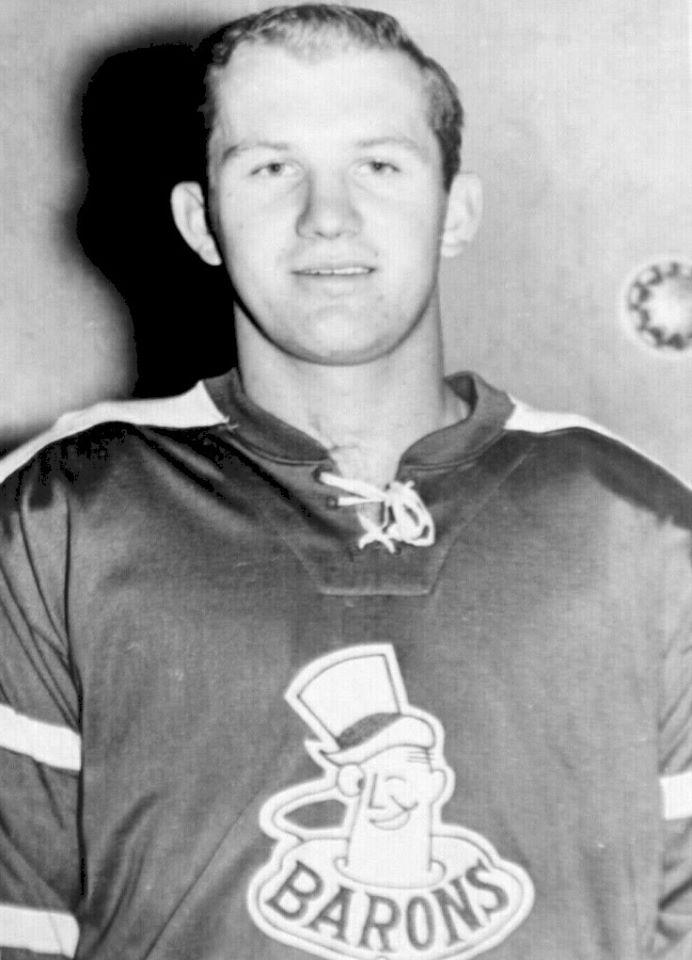 Now there’s something you didn’t see every day – Gary Bergman with a head of hair.

During an NHL career that spanned 838 games and 12 seasons – all but 133 of them with the Detroit Red Wings – Bergman was known for his rock-solid steadiness on the blueline, and was easily recognizable due to his bald, helmetless head.

Part of the Montreal Canadiens organization, Bergman won a Memorial Cup with the Winnipeg Braves in 1958-59. Turning pro in the fall of 1959, he spent five seasons buried in Montreal’s farm system until he got his chance when the Red Wings claimed Bergman in the NHL Intra-League Draft on June 10, 1964.

Bergman immediately found a home on the Detroit defense. The Wings finished first overall in the NHL in 1964-65, and reached the Stanley Cup final in 1965-66. During the 1967-68 season, Bergman finished second among NHL defenders with 13 goals, and third overall among rearguards with 41 points.

GARY BERGMAN Oct 7/38 Kenora ON – Dec 8/00 Detroit Janie & the kids and I were just going out the door to church and I had to stop. Janie was saying 'Would you get off the damn phone we have to get to church.' It was Harry Sinden on the phone asking me if Id be part of the team." pic.twitter.com/zgPQ1FRWXS

Bergman’s reliable play was noticed by Team Canada 1972 head coach Harry Sinden, who selected Bergman to the squad to face the Soviet Union in the Summit Series that fall. Paired with the equally follically-challenged Bill White, they were a steady defensive pair. Bergman was one of just seven Canadian players who suited up for all eight games as Canada won 4-3-1. He and Brad Park were the only defenseman to play all eight games.

Bergman also played for the Minnesota North Stars and Kansas City Scouts, retiring following the 1975-76 season. He died in 2000 at the age of 62.