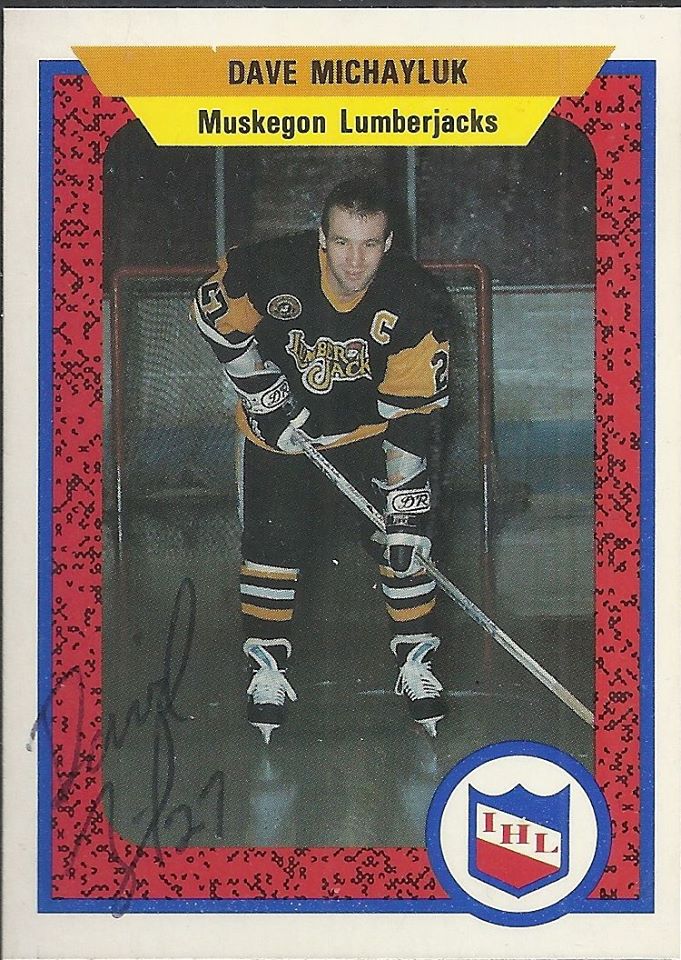 Just under a decade later, he skated for a Stanley Cup winner.

Nicknamed Boris, Michayluk played 13 games for the Flyers during the 1981-82 season, and he certainly got off to a strong start. Michayluk scored twice in the season opener against the Quebec Nordiques. Five games into the campaign, he’d collected 2-4-6 numbers.

Michayluk’s offensive output then dried up. He garnered just a pair of helpers over his next eight games. Following a pointless effort in a 4-3 loss to the Edmonton Oilers on Nov. 11, 1982, he was assigned to the AHL’s Maine Mariners.

He’d grow into a minor-league legend. Between 1985-86 and 1991-92, Michayluk topped the 100-point mark every season with the IHL’s Muskegon Lumberjacks. Among all pro hockey players, only the Great One himself, Wayne Gretzky, accumulated as many as six 100-point years over the same time frame.

In the midst of the 1992 IHL playoffs, Muskegon coach Phil Russell called Michayluk into his office and informed Michayluk that he was being recalled to the Pittsburgh Penguins, the Lumberjacks’ NHL parent club.

DID YOU KNOW: Dave Michayluk won a Cup with the @penguins in '92 but never played a regular-season game with us pic.twitter.com/ClyxkS8HVA

Michayluk thought it was just some lame, late-arriving attempt at an April Fool’s joke. But it was no laughing matter to the defending Stanley Cup champion Penguins. Facing the New York Rangers in the second round of the NHL playoffs, Pittsburgh lost forwards Mario Lemieux (fractured wrist) and Joe Mullen (knee) to injury.

Michayluk and linemates Jock Callander and Mike Needham were called up as a unit, and they skated as a forward line for the Penguins in the playoffs. They were dubbed the Muskegon Line. Between them, they combined to play 24 games during that postseason run, gathering a collective of three goals and four assists.

Michayluk’s goal on May 23, 1992 in a 5-1 win over the Boston Bruins in Game 3 of the Eastern Conference final was his first tally in an NHL uniform since that two-goal performance for the Flyers on Oct. 7, 1982.

They all got their names inscribed on Lord Stanley’s mug when the Penguins swept the Chicago Blackhawks in the Stanley Cup final.

For right-winger Michayluk, 30 at the time, it was his first taste of NHL life in almost 10 years, and it would he his last. He’d leave the game in 1997 without appearing in another NHL contest.