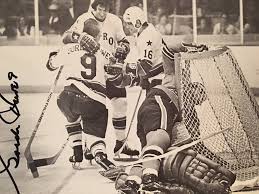 Gordie Howe was known as much during his 30-plus years in pro hockey for his approachability and down to earth personality in relating to fans as he was for his unparalleled success between the boards. 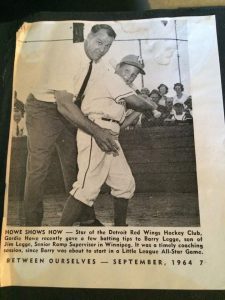 In 1964, while making a promotional appearance in Winnipeg, Howe helped 10-year-old Barry Legge with his batting stance, showing the youngster how to work the lumber in the batter’s box. 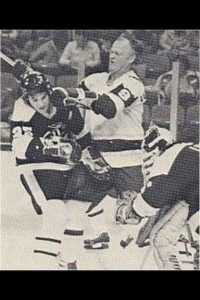 He’d later play 107 NHL games with the Quebec Nordiques and Winnipeg Jets between 1979-82. That meant Legge and How would encounter each other on opposite sides of the ice on several occasions in both the NHL and during Howe’s return to the NHL in 1979-80 with the Hartford Whalers.

Ever the accommodating fellow, Mr. Hockey was more than happy to show Legge how to work the lumber on the ice as well.