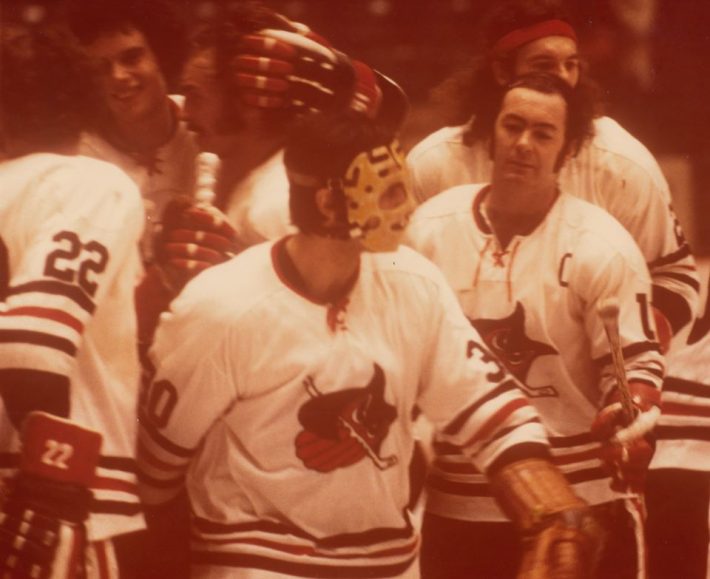 When Sam Pollock was general manager of the Montreal Canadiens, on draft day, he was like the best contact hitter in baseball. Sam seldom swung a missed when he selected a prospect.

However, at the 1970 NHL amateur draft, Pollock whiffed big time.

Montreal owned two of the top six picks in the draft that year. Sam did okay at No. 6. He selected Chuck Lefley, a solid NHL forward who scored 128 goals in 407 NHL games. He won a Stanley Cup with the Habs in 1972-73 and twice topped 20 goals with Montreal. In 1975-76, Lefley exploded for a career-high 43 goals with the St. Louis Blues.

Ray Martyniuk of the Columbus Golden Seals battles Dean Sheremeta of Fort Wayne in the 1972-73 IHL season. Martyniuk played two seasons with the Seals and one with the Columbus Owls. Follow the page for more vintage photos and production updates. https://t.co/K5rXTyjwOq pic.twitter.com/4A4aLY4B7x

If you were to ask Habs fans about the guy Pollock selected at No. 5, most would opt to take the fifth rather than discuss the mistake that was Ray Martyniuk.

On paper, it sure didn’t look like a bad move. With the Flin Flon Bombers, Martyniuk won the WCHL Top Goaltender Award and was a First Team All-Star during back-to-back seasons in 1968-69 and 1969-70.

“Habs may have best pick in Martyniuk,” screamed the headline in the June 12, 1970 edition of the Montreal Gazette.

Canadiens scout Ron Caron noted they’d been keeping close tabs on Martyniuk for three years since he played midget. “He should be a great one,” Caron said.

He wasn’t great. Martyniuk wasn’t even in the same area code as greatness.

Over the next nine seasons, he’d play for 12 teams in five different leagues. In 1971, the Canadiens gave up on Martyniuk, dealing him to the California Golden Seals for journeyman forward Tony Featherstone.

Martyniuk dressed for the Seals as a backup goalie but never saw the ice for a second of NHL regular-season or playoff action.

He’s just one of many examples of why selecting a goaltender in the first round of the NHL entry draft remains a masive roll of the dice. For every Carey Price, Marc-Andre Fleury or Grant Fuhr, there are countless Eric Fichauds, Terry Richardsons, Mark Visentins, Tom McCollums and Gord Laxtons – highly thought-of prospects who never made the grade.