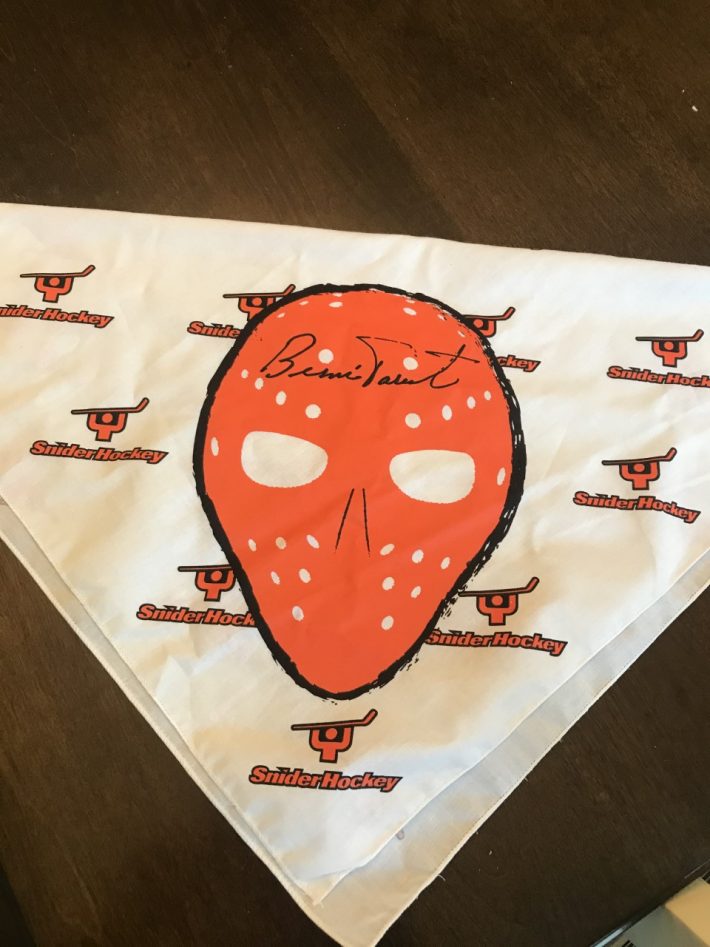 Over 40 years since he backstopped the Philadelphia Flyers to successive Stanley Cups, Parent, who recently celebrated his 75th birthday, is still saving them. Bernie and his wife Gini have combined to design Bernie’s Bandanas.

We've teamed up with @bernieparent to raise money to help thousands of students enrolled in our programming. For every $10 donation to #SniderHockey, you'll receive a Bernie bandana & you'll be entered to win an autographed @NHLFlyers jersey! Donate now: https://t.co/jVC1s8LKIv pic.twitter.com/ZmwWbEEJfx

Available on Twitter from @sniderhockey for $10, they can be worn as a protective mask during these COVID-19 lockdown days. Each bandana features Parent’s signature goalie mask. Every bandana purchased benefits Snider Hockey, a nationally acclaimed non-profit that uses the sport of hockey to educate and empower under-resourced youth of Philadelphia.

All those who purchase one of Bernie’s bandanas will be entered into a draw for an autographed Bernie Parent jersey.