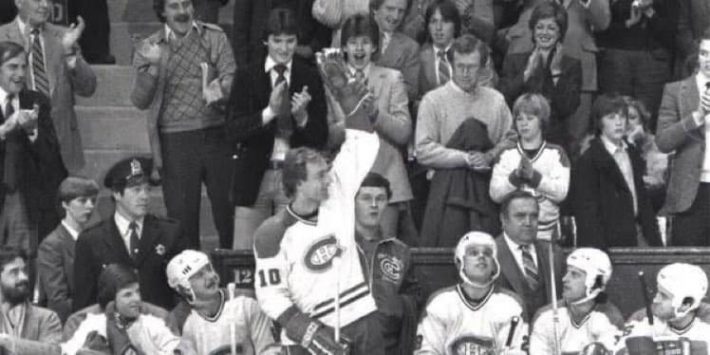 On March 4th, 1981, with a goal during a 9-3 victory over the Winnipeg Jets, Guy Lafleur of the Montreal Canadiens became the 14th player in NHL history to record 1,000 career points. He accomplished the feat in just 720 games, at the time that fastest to a grand in league history.

He finished the game with two goals and one assist. When Lafleur put Montreal’s ninth goal of the night past Jets netminder Michel Dion with 54 seconds gone in the third period, he ascended to the 1,000-point plateau.

The 16,790 in attendance at the Montreal Forum rose to give The Flower a standing ovation – including the fellow in the dark sport coat and tie directly above Lafleur as he acknowledged their cheers with a wave from the bench.