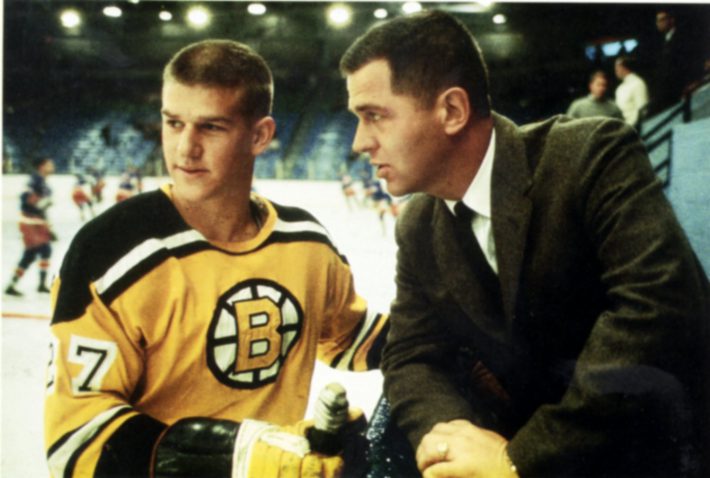 If you asked someone to name the best No. 4 in NFL history, the debate would likely start and stop with Brett Favre. In baseball, could there be any No. 4 more appropriate to reign supreme than the Iron Horse himself, Lou Gehrig?

Turning the issue to hockey, the logical choice to be the man would be the man who basically has the digit in his name . . . “Number 4, Bobby Orr.”

Eight Norris Trophies. Three Hart Trophies. Two scoring titles. A pair of Stanley Cups. The man redefined how the defence position was played in the NHL.

Wait a minute, though. We’re not done. Detroit Red Wings and Toronto Maple Leafs fans don’t agree on much, but on this one they march in lockstep. That Red Kelly fellow was quite the player. No. 4 in Detroit and a defenceman, he was the first winner of the Norris Trophy. And he won three Lady Byng Trophies while playing defence, something only three rearguards have done in NHL history. He captained the Wings and won four Stanley Cups.

Traded to Toronto, Kelly stayed with No. 4 on his back, but switched to center and earned another Lady Byng, along with more more Cups. No other player in NHL history has won that many Cups with different teams.

Some old-time hockey types will also cast a ballot for Nels Stewart, No. 4 for the Montreal Maroons. Old Poison won the NHL scoring title as a rookie. When he retired, he was the NHL’s all-time goal-scoring leader.

So there you have it. Four different fours. Cast your ballot for your favourite, and we’ll tell which four came to the fore.