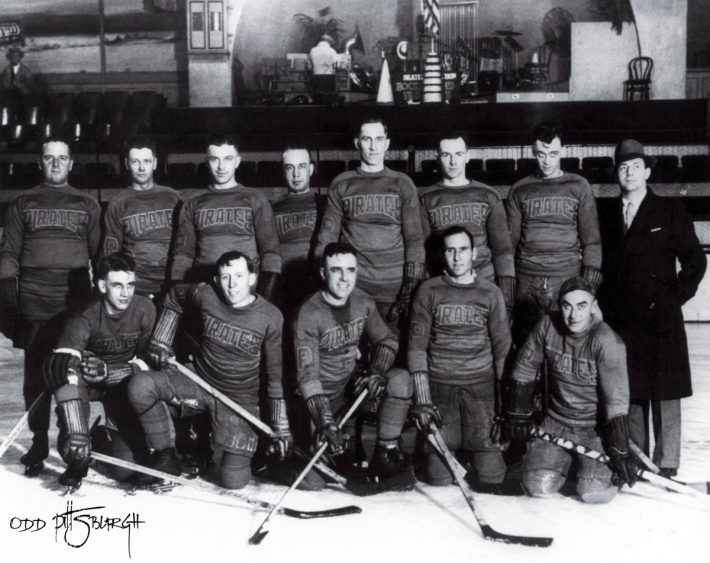 They never won a playoff series, let alone a Stanley Cup, but in their brief NHL existence from 1925-26 through 1929-30, the Pittsburgh Pirates did make NHL history.

On this day in 1925, the New York Americans and Pittsburgh Pirates combined for 141 shots on goal. Pittsburgh’s Roy Worters valiantly stopped 70 shots in a 3-1 loss to New York #Hockey365 pic.twitter.com/266tugUvCd

In their inaugural NHL season, the Pirates, who listed future Hockey Hall of Famers goalie Roy (Shrimp) Worters and defenseman Lionel (Big Train) Conacher in their lineup, finished 19-16-5 to grab the third and final playoff spot.

Not only were the Pirates the first expansion team to make the playoffs in their inaugural season, they were the first American-based NHL team to qualify for the Stanley Cup playoffs.