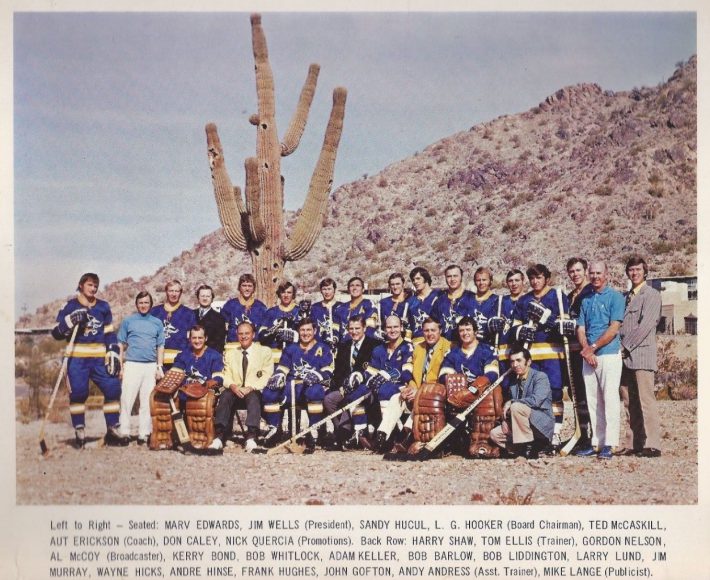 Long before the Arizona Coyotes sought to pursue the Stanley Cup, the Phoenix Roadrunners were chasing titles across the desert as members of the minor pro Western Hockey League from 1967-74.

This particular edition of the Roadrunners was coached by Aut Erickson, a member of the 1966-67 Stanley Cup champion Toronto Maple Leafs, and suited up former Leafs Marv Edwards and Bob Liddington, and other ex-NHLers including Don Caley, Bob Barlow and Wayne Hicks.

And no, they weren’t sponsored by the ACME Corporation.