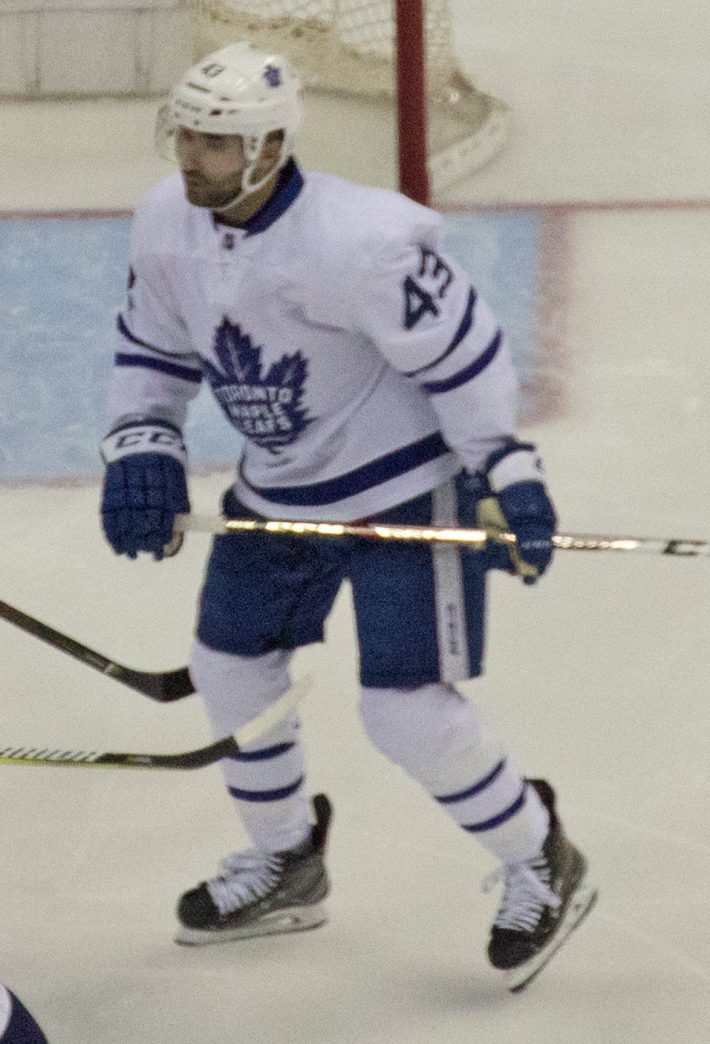 The oft-disciplined center figures to earn another NHL sitdown after he cross-checked Boston Bruins forward Jake DeBrusk in the head during the third period of Toronto’s 4-1 loss to the Bruins in Game 2 of their first-round playoff series on Saturday at TD Garden.

Kadri was assessed a five-minute major for cross-checking and a game misconduct. He has been offered an in-person hearing with the NHL’s player safety department.

Generally, in-person hearings are only held when a player is facing a suspension of five games or more in length.

It’s not the first time Kadri has found himself on the wrong side of the NHL justice system. The Leafs center owns a lengthy rap sheet. He was suspended three games last spring, also during a playoff series against the Bruins when he slammed the head of Boston forward Tommy Wingels into the boards with a bodycheck.

Kadri has also been fined three times by the league – twice for diving (embellishment) and once for a throat-slashing gesture he directed at Calgary Flames defenseman Mark Giordano.

Considering his past history, how many games will Kadri be set down for this time around?