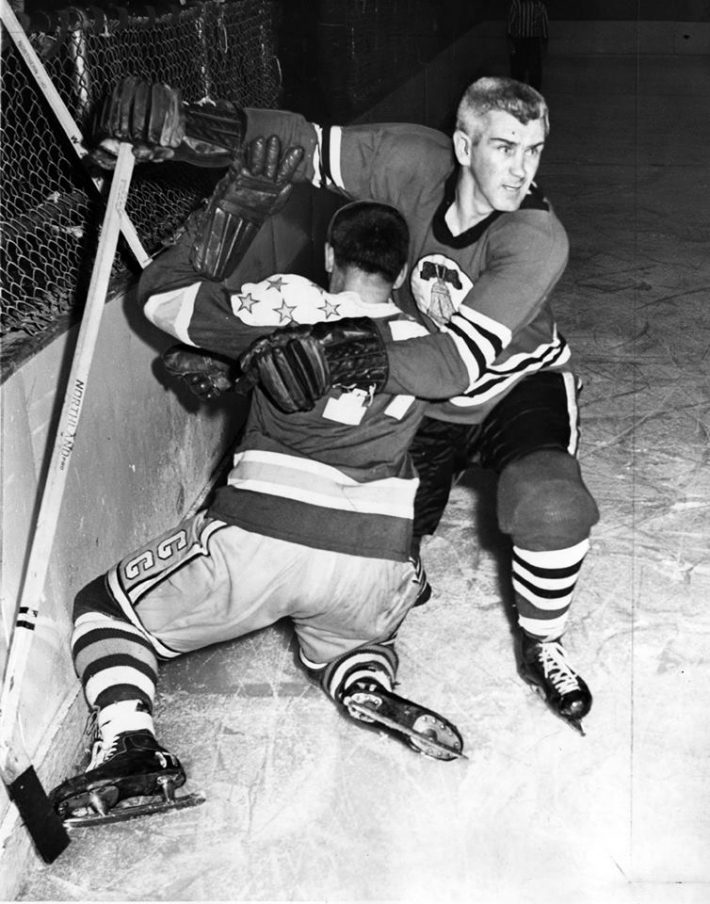 Okay, so we know it’s not Mike Babcock.

Nope, it’s John Brophy. He coached the Leafs from 1986-88. During the 1986-87 Stanley Cup playoffs, Brophy guided the Leafs to a first-round six-game upset of the St. Louis Blues before Toronto fell to the Detroit Red Wings in a seven-game Norris Division final. Toronto squandered a 3-1 lead in that series.

Brophy never came close to playing in the NHL. In fact, he toiled in the Eastern Hockey League from 1952-73 and was a feared minor-pro tough guy. Brophy topped 200 penalty minutes in 11 separate seasons.