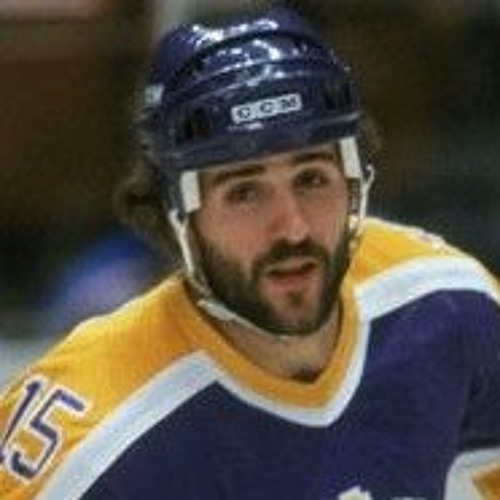 It wasn’t No. 1 of all-time but the stunning sweep of the Presidents’ Trophy-winning Tampa Bay Lightning by the Columbus Blue Jackets rates right up there with the most astonishing upsets recorded in the history of the Stanley Cup.

Where you ask? Well, let’s look at that.

The 48-point differential makes this the widest point margin of any Stanley Cup uspet. The Kings toppled Wayne Gretzky and the Oilers in a five-game series.

It’s best remembered for Game 3 of the series on April 10, 1982, the so-called Miracle on Manchester. Trailing 5-0 entering the third period, the Kings stormed back. They tied the score with goalie Mario Lessard on the bench for an extra attacker when Steve Bozek scored at 19:55 of the period.

Early into the first overtime, Doug Smith beat Edmonton’s Mark Messier on a draw in the Oilers zone, pulling the puck back to the waiting Daryl Evans. Evans drove a one-timer past Edmonton goalie Grant Fuhr at 2:35 of OT and the Kings won 6-5.

The North Stars actually finished 17th overall in the 21-team NHL but made the playoffs as the fourth-place team in the Norris Division.

Deadlocked 2-2 through four games, Minnesota stunned the Blackhawks 6-0 in Game 5 right in raucous Chicago Stadium. The North Stars closed out the set with a 3-1 win in Game 6 on home ice.

The 38-point differential puts this series as No. 2 on the upset chart.

Continuing on their upset roll, the North Stars grabbed a 3-1 series lead in the second round against the Blues, who’d finished 37 points ahead of them in the standings. They eliminated St. Louis in six games.

The North Stars would beat the defending Stanley Cup champion Oilers in the Western Conference final before falling to the Pittsburgh Penguins in the Cup final.

Alex Ovechkin and the Presidents’ Trophy-winning Capitals ultimately proved to be no match for the Habs and back-up goalie Jaroslav Halak.

It looked as though the form charts would hold when the Caps raced to a 3-1 series lead. But Montreal made history, becoming the first No. 8 seed to come back from that deficit to eliminate a one seed.

The Blues won all four regular-season meetings and took Game 1 comfortably by a 6-3 margin. But then it was all Rangers.

New York won Game 2 in St. Louis and took both games at Madison Square Garden to gain a 3-1 stranglehold. After a Game 5 loss, the Rangers drilled St. Louis 7-4 at MSG to clinch the set.

The Rangers lost more games (38) than they won (36), while the Flyers were the top team in the Eastern Conference.

In a best-of-five series, the Rangers won twice at Philly’s intimidating Spectrum. They whipped the Flyers 6-2 in Game 1 and were also decisive 5-2 victors in Game 5.

The Lightning tied an NHL record with 62 wins. Tampa Bay forward Nikita Kucherov led the NHL in scoring. But in Game 1, Columbus rallied from a 3-0 first-period deficit for a 4-3 victory, scoring three third-period goals.

The Blue Jackets followed with 5-1, 3-1 and 7-3 verdicts to post the first-ever sweep of a Presidents’ Trophy-winning team by a No. 8 seed.

In his first playoff series as coach of the Wings, Mike Babcock came into the playoffs with the NHL’s No. 1 regular-season team. But the mighty Wings would prove no match for a pesky bunch of Oilers, led by stalwart defenseman Chris Pronger and journeyman goalie Dwayne Roloson.

Edmonton won Games 2 and 5 at Detroit and took a double-overtime decision on home ice in Game 3. Eliminating the Wings in six games, the last contest of this series was the final game of Red Wings captain Steve Yzerman’s NHL career.